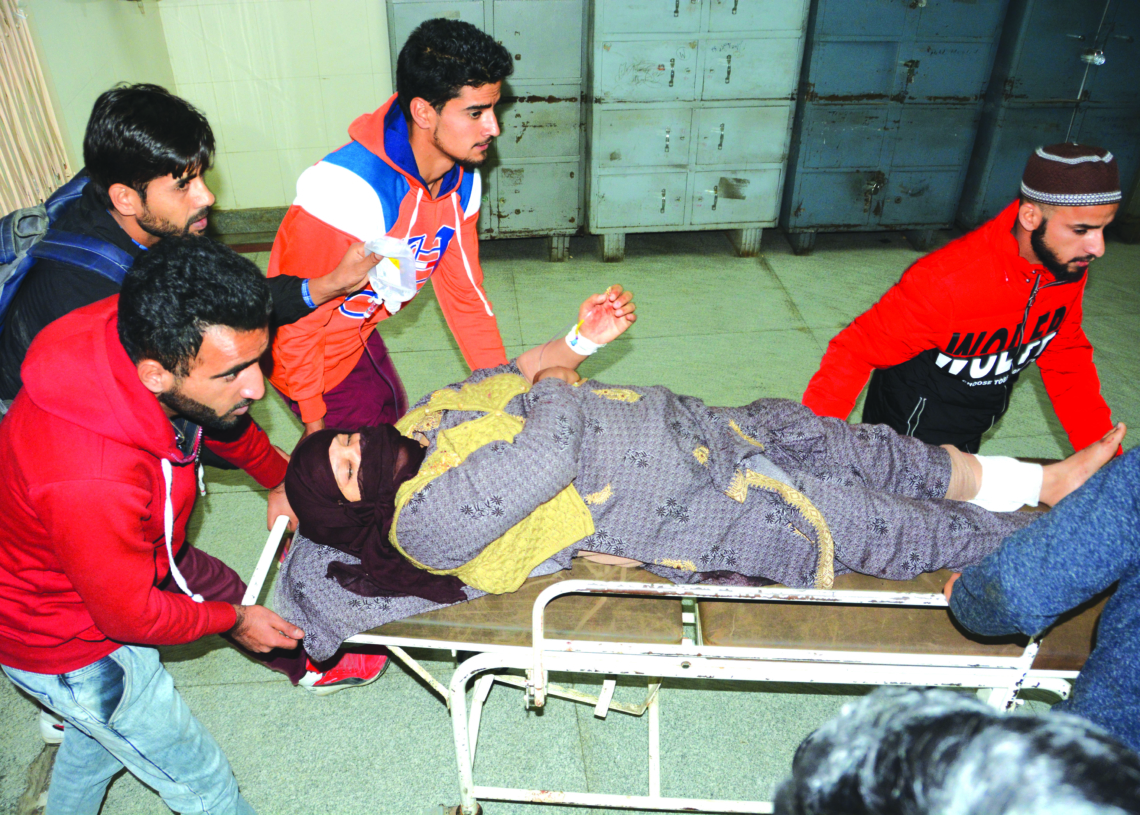 Srinagar: An injured civilian woman being shifted to SMHS hospital who was injured in a grenade blast hurld by militants at Sopora bus stand in which 15 civilians were injured, in Srinagar on Monday, Oct 28, 2019. PTI Photo by Umar Ganie

Sopore: At least 17 people including two women sustained injuries when a grenade was lobbed at the busy market at New Colony Sopore in north Kashmir’s Baramulla district on Monday. Among the injured, the condition of two women, who were shifted to Srinagar hospital for a specialized treatment is stated as critical.

Jammu and Kashmir police, however, said that six people sustained injuries in the attack while as many others sustained mild splinter injuries. Eye-witnesses, however, said that at least 17 people were injured of which five including two women, were shifted to Srinagar hospital for treatment. “The condition of both the injured women is stated as critical,” they said.

The grenade explosion took place at a busy market at New Colony, Sopore in northern Baramulla district. “People were present in the market in large numbers. Street vendors were also busy selling vegetables, fruit and winter stuff. All of a sudden a huge explosion took place,” said an eye-witness. “People were seen lying flat on the road with blood oozing from their wounds.”

Soon after the attack, people removed the injured to the Sub District Hospital Sopore. “A woman was hit by multiple splinters and four others too. They were immediately referred to SMHS hospital Srinagar where the condition of woman was stated as critical,” said an eye-witness.

This is the second grenade attack since Saturday evening (October 26), when suspected militants lobbed a grenade at CRPF’s Naka Party outside SMHS hospital Srinagar in which six CRPF men sustained injuries.

About the Sopore attack, a top police officer said that they have identified the people behind the grenade attack and will catch them soon. “We will soon catch those behind today’s attack,” he said.