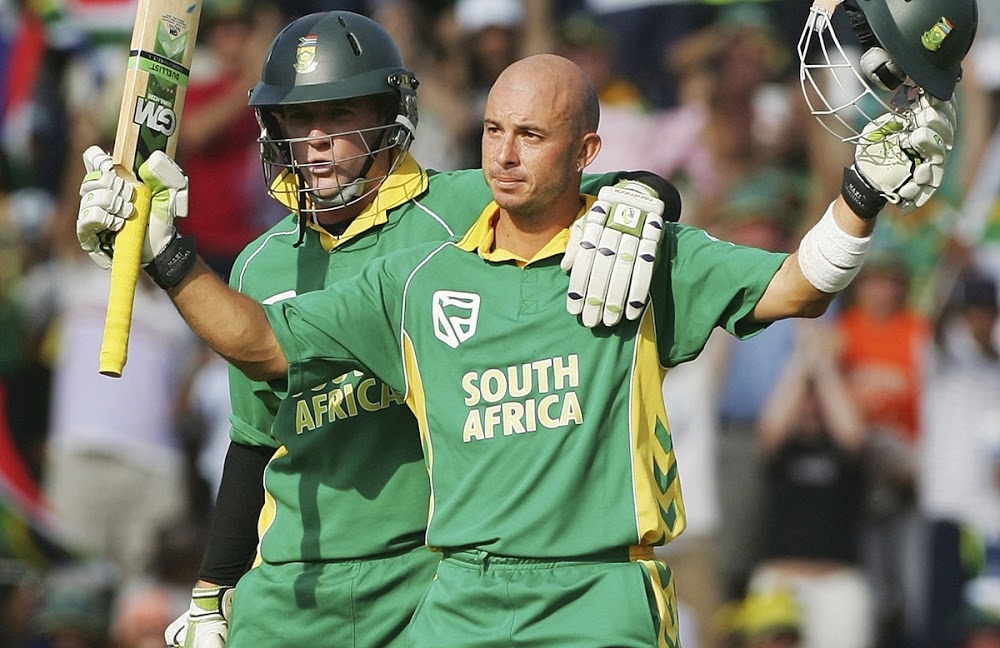 Johannesburg: Former South African batsman Herschelle Gibbs has decided to auction the bat — used during his team’s record-breaking ODI chase of 434 against Australia in 2006 — in order to raise funds for fight against coronavirus.

Fourteen years ago, the Proteas had registered their name in record books when they chased down a monumental target of 434 runs (south Africa infact made 438 in return) in an ODI game played in Johannesburg on March 12. Gibbs had played a stunning knock of 175 as South Africa went past the line with one wicket in hand off the penultimate ball of what was a nail-biting contest.

“Supersport showing the 438 game. The bat I used that day will be up for auction to raise funds for COVID-19. Kept it all these years,” Gibbs said in a tweet on Friday.

Mickey Arthur, who was South Africa’s coach at that time, was quick to respond and said: “Good work Hersch…..that should be worth a bit!”

Cricketers around the world have put up their respective equipment for auction to help generate funds for the needy during the COVID-19 pandemic which has so far claimed more than 2.3 lakh lives across the world.

Earlier, Royal Challengers Bangalore teammates Virat Kohli and AB de Villiers announced they were giving away items from their 226-run stand against Gujarat Lions for auction.

Bangladesh cricketers Shakib-al-Hasan and Mushfiqur Rahim have also pledged their respective bats for auction to generate funds for the fight against the pandemic.