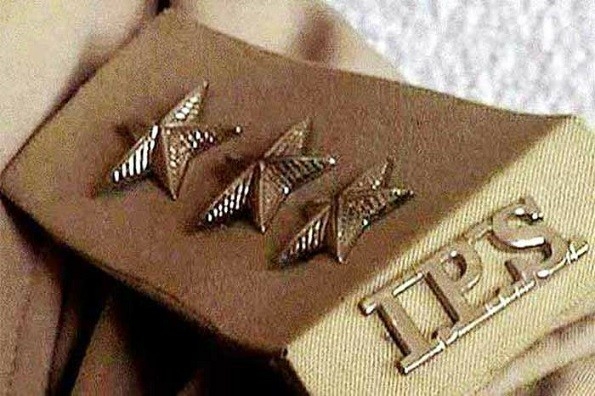 The induction of these officers was approved at a meeting in Srinagar chaired by Dr. T.C.A. Anant, member UPSC and attended by chief secretary, Arun Kumar Mehta, Principal Secretary Home, Shaleen Kabra, Director General of Police (DGP) Dilbag Singh and Inspector Generals of CRPF and BSF in Kashmir.

The last two members had been designated by the Union Ministry of Home Affairs as its representatives to the meeting.

The inducted officers will get retrospective effect and their year of allotment will be 2008, 2009 and 2010.

Romesh Kumar Bhat, whose name figured at Serial No. 4, will have to wait for the outcome of the inquiry initiated against him by the Home Department following allegations levelled by a JKAS female officer of harassment. Bhat is presently under suspension.

Five JKPS officers who will get 2008 batch of IPS will become eligible for promotion as DIG as direct IPS officers of 2008 have already been posted as in-charge DIGs in Jammu and Kashmir. Moreover, there has been a shortage of DIGs in the UT.

Sources said 14 posts given to retired officers will be treated as vacant from the year of allotment to the officers.

This was for the first time after 10 years that JKPS officers were inducted into the IPS.

Out of 66 IPS officers in Jammu and Kashmir. including those who are on Central deputation, all are Direct Recruits and there is not even a single JKPS officer inducted into the IPS due to delay in inductions because of various reasons.

Initially out of a total of 147 IPS posts in Jammu and Kashmir, 80 were reserved for Regular Recruits (direct IPS officers) and 67 for State Police Services (SPS), who are inducted into IPS from JKPS. This was part of UPA Government’s special formula for Jammu and Kashmir under which 50 per cent posts each were reserved for Regular Recruits and SPS officers.

After Narendra Modi headed government came to power in 2014, Union Minister of State in the Prime Minister’s Office (PMO), In-charge Department of Personnel and Training (DoPT) reversed the order of UPA Government and restored previous formula of 67:33 bringing Jammu and Kashmir at par with other States and UTs.

However, sources pointed out, the induction quota of JKPS officers into IPS till 2013 is being treated on the pattern of 50:50 as the 67:33 pattern was restored in 2014.