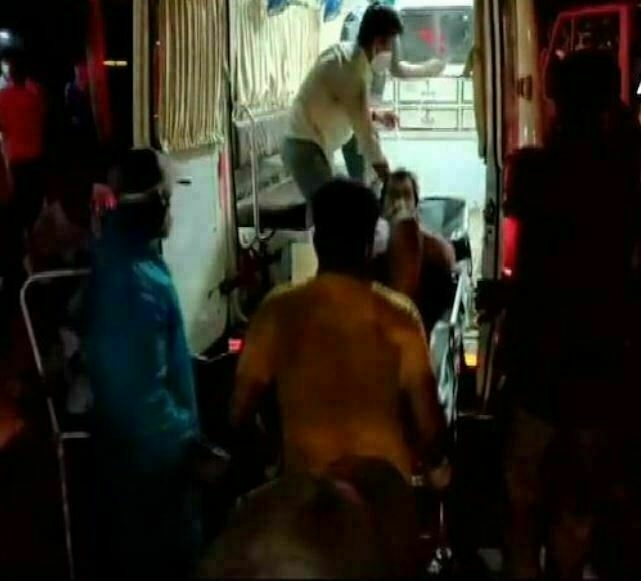 Thirteen people died when a fire broke out Friday morning at a hospital treating Covid-19 patients in Virar in Palghar district of Maharashtra, a state worst affected in the coronavirus pandemic.

The fire engulfed the intensive care unit (ICU) on the second floor of the four-storied hospital after 3 am. Firefighters extinguished the blaze at 5.20 am, according to an official.

There were 17 patients in the ICU when the fire broke out, the official said.

Vivekanand Kadam, who leads the District Disaster Control Cell, said the fire started after an explosion in the AC unit of the ICU.

“I got a call at around 3 am from a friend whose mother-in-law was admitted to the hospital. As I reached, I saw fire engines outside the hospital. The intensive care unit at the second floor was engulfed in smoke. Only two nurses were there, couldn’t see a doctor. It took firefighters about half an hour to put out the flames. We could see eight-ten bodies there,” Avinash Patil, an eyewitness told reporters.

“Doctors were present”, he said, rejecting claims there were none at the hospital, which is 70 km north of Mumbai, Thursday night. He said the hospital followed fire safety norms.

The fire is Maharashtra’s second disaster this week involving Covid-19 patients. At least 22 patients died in a hospital after they lost oxygen supply due to a leak on Wednesday at the Zakir Hussain hospital in Nashik city.

Ten infants died in a fire at Bhandara district hospital in Maharashtra on January 9. Nine people died after midnight on March 25 when a fire broke out at Mumbai’s Dreams Mall, which housed a Covid-designated hospital on its third floor.

Chief Minister Uddhav Thackeray has ordered a probe into the fire at Virar.