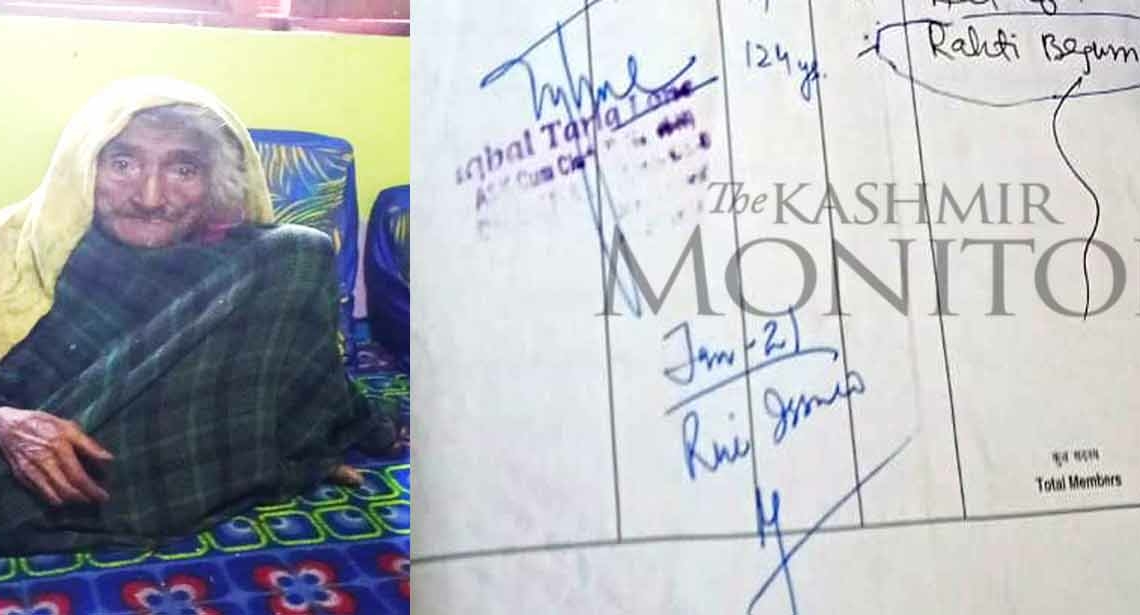 Srinagar: In its door-to-door Covid vaccination drive, the J&K government Wednesday inoculated a woman in Baramulla who is mentioned as 124-year-old on her son’s ration card.

DC Baramulla, on its official Twitter handle, tweeted a picture of Rehtee Begum wife of Late Mohammad Ramzaan Siraj of Shrakwara, Baramulla getting her first dose of the Covid-19 vaccination.

“We started door-to-door vaccination drive here and came across this family. We requested her to take the jab. When we asked her about her age, she said all she knows is she has crossed 100 years. But then we saw her ration card which listed her as 124 years old,” Ganie told The Kashmir Monitor.

The woman, he said, had no Aadhaar or election card.

“She was hardly able to walk but could speak well. The family is very poor,” he said.

If the age of the woman is accurate, it makes Rehtee the oldest surviving person in the world.

The oldest person to ever live and the oldest person ever (female) was Jeanne Louise Calment (born 21 February 1875) from Arles, France who died at the age of 122 years and 164 days old.

It is no mean feat as it means the woman has lived through Spanish Flu, two world wars, and has seen tumultuous events in Kashmir’s history including the times of Maharajas, Kashmir’s Accession, and the like.

And now she has also survived the biggest pandemic of the last 100 years too.