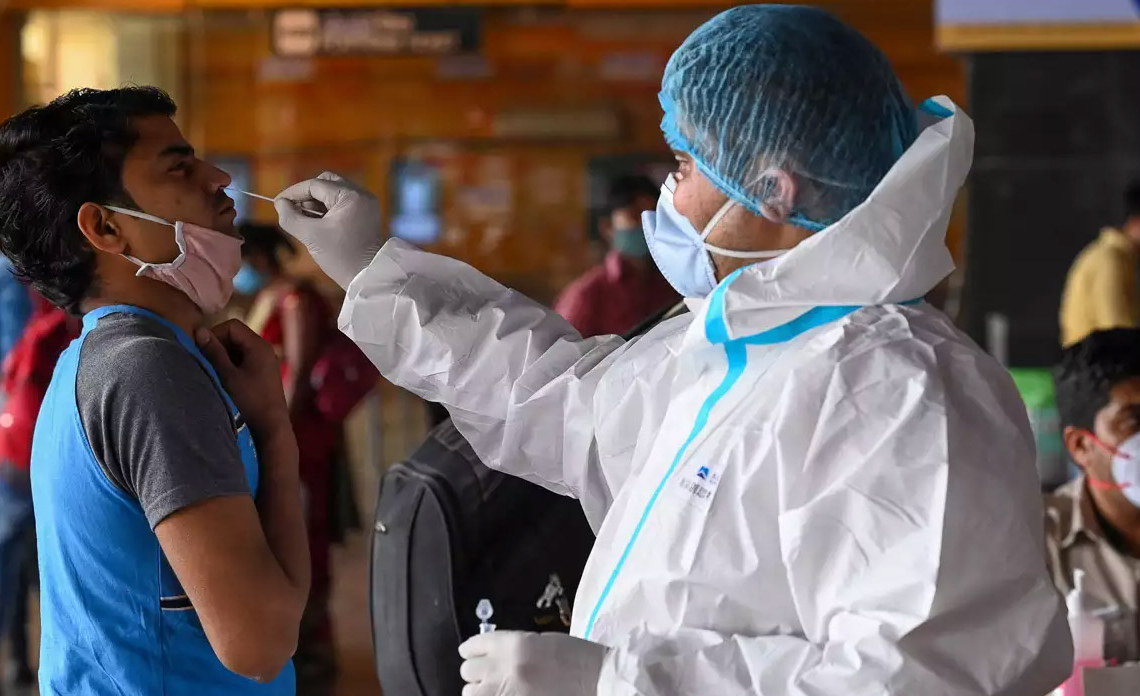 NEW DELHI: Ten states, including Maharashtra, Uttar Pradesh and Delhi, reported 69.1 per cent of the new COVID-19 cases registered in a day, the Union Health Ministry said on Tuesday.

Karnataka, Kerala, Chhattisgarh, West Bengal, Tamil Nadu, Gujarat and Rajasthan are also among the 10 states that reported 69.1 per cent of the new cases.

“Cumulatively, more than 28 crore tests have conducted so far, while the cumulative positivity rate is 6.28 per cent,” the ministry said.

Maharashtra has reported the highest daily new cases at 48,700. It is followed by Uttar Pradesh with 33,551 new cases and Karnataka with 29,744 new cases.

India’s total number of active cases has reached 28,82,204 and comprises 16.34 per cent of the total infections. There has been a net increase of 68,546 cases in the total active cases in a span of 24 hours, according to the ministry.

Out of the total cases in the country, active cases constitute 16.43 per cent and recoveries 82.54 per cent, the ministry said.

The daily positivity rate currently stands at 20.02 per cent, it said.

“The national cumulative fatality rate (CFR) has been falling and it currently stands at 1.12 per cent,” the ministry said. In a span of 24 hours, a total 2,771 deaths were reported.

Ten states account for 77.3 per cent of the new deaths and these include. Maharashtra with the highest 524 fatalities and Delhi with 380 fatalities, it said.

On vaccination against COVID-19, it said that the cumulative number of vaccine doses administered in the country has crossed 14.5 crore.

Maharashtra, Rajasthan, Uttar Pradesh, Gujarat, West Bengal, Karnataka, Madhya Pradesh, Kerala, Bihar and Andhra Pradesh account for 67.3 per cent of the cumulative doses given so far in the country, the ministry said.

The ministry said that 19,73,778 beneficiaries were vaccinated across 22,797 sessions for the first dose and 12,00,910 beneficiaries received the second dose of vaccines against the COVID-19.