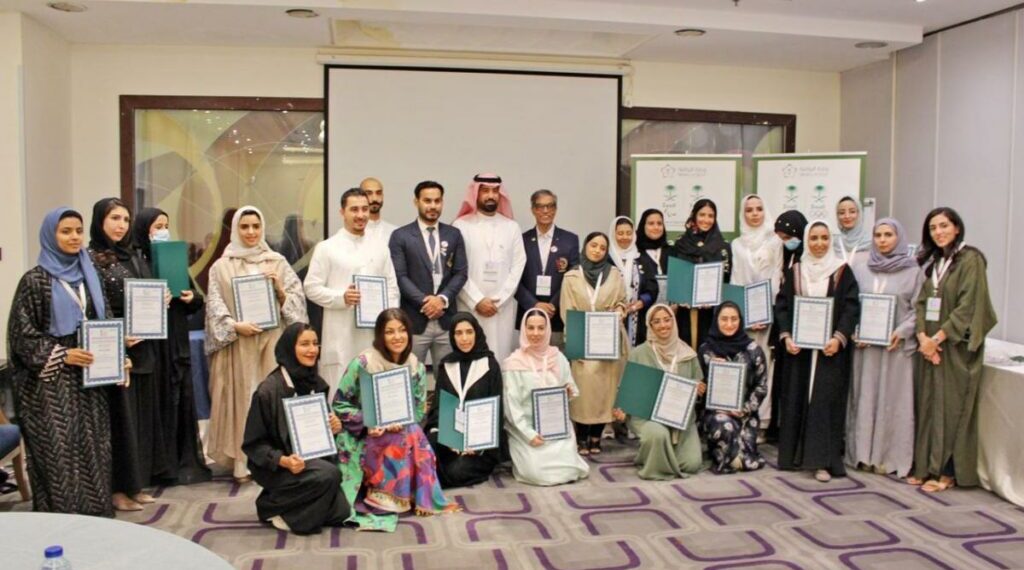 The first batch of Yogasana referees graduated from Saudi Yoga Committee (SYC) marking the formal introduction of Yoga in the kingdom’s education curriculum.

Saudi Press Agency (SPA) reported that the graduation of the first batch of Yogasana referees included 19 women, from several different regions in the Kingdom, in addition to two male referees.

SPA said  the event was held in cooperation with the institute for leadership development in the Saudi ministry of sports.

The graduation ceremony was attended by experts from the Asian federation of the game, including the president of the Asian Yoga Federation Asana Ramesh Lohan, and the technical advisor to the Asian Sports Federation Jatin Tomar.

Lohan praised the great progress witnessed by the sports sector in the Kingdom, and yoga in particular.

Head of the Saudi Yoga Committee, Nouf Almarwaai, expressed her happiness at the graduation of the first batch in Riyadh, especially since most of the graduates are women.

Almarwaai encouraged all yoga practitioners and professionals to take the initiative to register for the courses that will be held in the near future and to benefit from the courses offered by the Saudi Yoga Committee for various other types of yoga.

Nouf Almarwaai is the first Saudi Yogacharya. Almarwaai is also the founder of the Arab Yoga Foundation, which was established in 2010. It was the first yoga organization in the Gulf region.

On September 27, Saudi Arabia held the first introductory lecture on yoga at the headquarters of the Sports Federation of Saudi Universities in Riyadh.

On March 9, 2022, an introductory lecture that highlighted the cooperation between the SYC and the Saudi School Sports Federation was held.