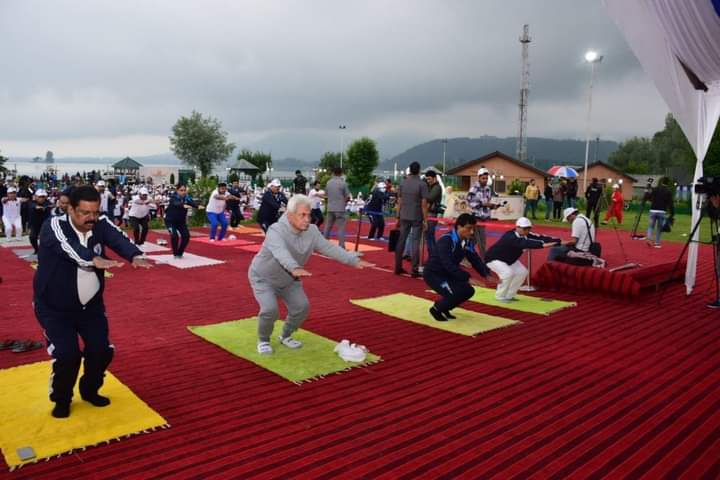 Srinagar, Jun 21: Jammu and Kashmir Lieutenant Governor Manoj Sinha on Tuesday performed yoga asanas at an event on the banks of the Dal Lake here as he led the International Yoga Day celebrations in the union territory and urged all to embrace the ancient practice.

“Greetings on #InternationalDayofYoga. Participated in #YogaDay2022 along with Hon’ble Union MoS Shri @KapilPatil_ and hundreds of people at Dal Lake in Srinagar. I urged all to embrace Yoga as an integral part of life for holistic approach to health & well-being,” Sinha tweeted.

“This invaluable gift to humanity is being used as a therapeutic intervention for various disorders & bringing equilibrium of body, mind and intellect,” he said.

Sinha said the theme for this year’s International Yoga Day, ‘Yoga For Humanity’, underlines the message of universal brotherhood in trying times.