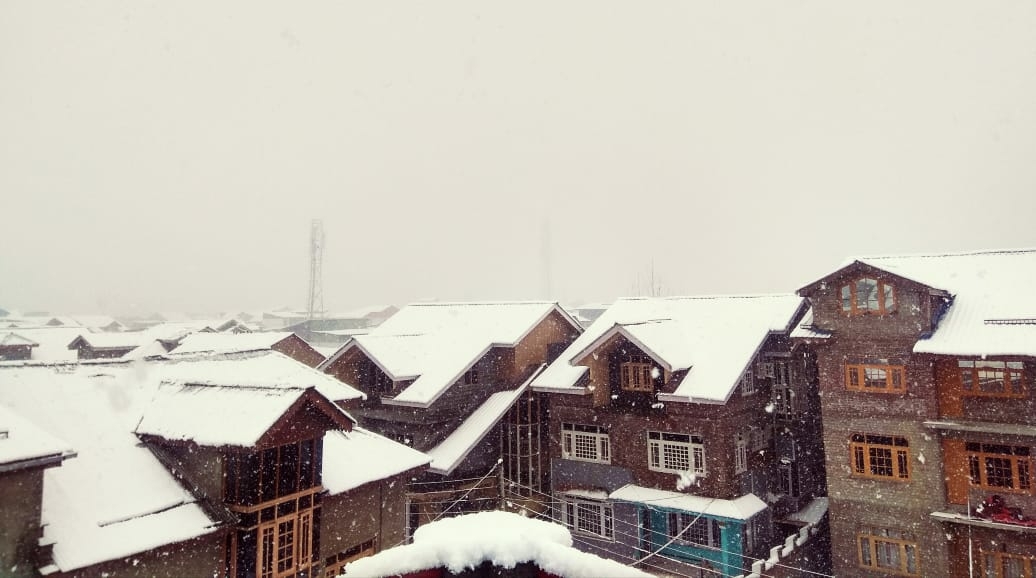 Srinagar: Srinagar and other districts of Kashmir woke up to year’s first snowfall on Sunday as the entire valley was carpeted in white.

In Srinagar, at least two inches of snow had already accumulated till 9 am. Other districts too witnessed two to five inches of snowfall.

On Saturday, IMD here predicted moderate snowfall across Kashmir and heavy snowfall in higher reaches from Monday, stating that the night temperature will rise in J&K and Ladakh in coming days.

Director, Meteorological department (MeT), Sonum Lotus said there was possibility of moderate snowfall across Kashmir in between January 04-05, however, the change in weather began a day earlier.

He added that the higher reaches especially in Pir Panchal and Chenab would experience heavy snowfall during the period, adding that in Jammu, the wet spell would begin from January 03 and would persist till January 05.

Lotus further said that present foggy mornings will also come to an end from Sunday morning in Jammu region. He also appealed people not to venture out in hilly areas during the period to avoid any untoward incident.

Besides, Lotus said that the Srinagar-Jammu highway may also be closed after fresh snowfall, adding that those scheduled to travel to and from Srinagar should confirm the situation of the road before travelling.