Women’s World T20: Players to watch out for 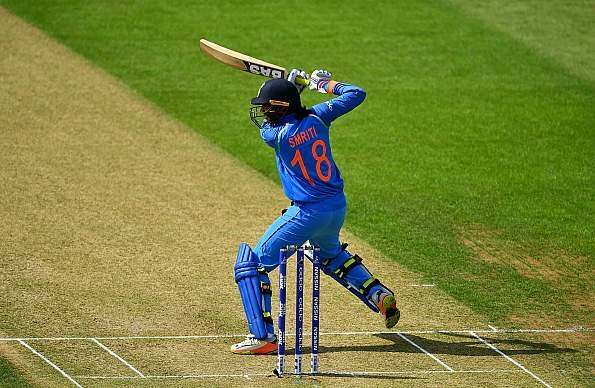 The highest run-getter in Women’s T20Is – closing in on 3000 runs – Suzie Bates has been in prolific form this year. She’s the lone batter to cross 500 runs in the format. She’s also the only player to average in excess of 50 among the top 10 run-getters in T20Is, having scored four fifties and one T20I hundred in 12 innings at a strike rate of 141.38. The New Zealand opener also scored in excess of 400 runs in the Women’s Big Bash League and close to 250 runs in the Women’s Super League in England and will be central to New Zealand’s batting plans at the World T20.

The experienced Victorian, who has been the linchpin of the Australian middle-order, has been a consistent performer for her teams in the 20-over format. One of only two players to cross 500 runs in the 2017-18 edition of the Big Bash League, Villani also had a useful stint with Loughborough Lightning in the Women’s Super League, averaging close to 30 despite limited opportunities with the bat. In nine T20I innings for Australia this year, Villani has scored 253 runs at an average of 42.16 with three half-centuries, with her strike rate of 131.77 providing more fire-power to the strong Australian batting order.

The Tokyo-born 26-year-old, who grew up playing cricket in the Netherlands, has been an integral part of the England setup with her all-round skills – close to 1000 runs and nine short of 50 wickets in the T20I format. The third highest run-getter in the Women’s Super League this year, with 363 runs at an average of 45.25 and a strike rate of 143.65, Sciver had also scored in excess of 300 runs in the WBBL. She also averages 53.83 in T20Is this year.

While Harmanpreet Kaur and Mithali Raj have been among the top Indian run-getters in T20Is this year, Mandhana completes India’s trio in the top-five run-scorers’ list. Her average of 26.11 in T20Is in 2018 is overshadowed by other batters but Mandhana came into her own during the Super League where she amassed 421 runs at 60.14 with a strike rate of 174.68, with a hundred and two fifties to finish as the league’s top run-scorer. In March this year, she scored the fastest fifty for India in T20Is for Women, entering the record books twice in four days when she scored a 30-ball 50 against Australia and followed it up with a 25-ball half-century against England.

The fifth highest run-scorer in T20Is this year, the South Africa skipper has been a consistent performer for her side. Van Niekerk’s value goes to the team goes beyond the runs she scores. She claimed 13 wickets in the Super League at 14.76 and 20 wickets in the WBBL at 11.70 to finish among the top-five wicket-takers in both the leagues.

It has been a mixed-bag year for Pakistan in T20I cricket, with the team registering series wins against Sri Lanka and Bangladesh while failing to make it to the Asia Cup final and being white-washed by Australia in the three-match series in October. The one person who has stood tall amidst these results is the experienced Nida Dar, who is the lone Pakistan player to feature among the top-10 wicket-takers in T20Is in 2018. Occupying the third spot currently with 20 wickets, her economy of 4.44 and average of 10.55 is the best among the top five. Her offbreak on slow Caribbean pitches will be a key component in Pakistan’s attack.

Two three-wicket hauls in the Asia Cup, including one against India in the all-important final, the 27-year-old legbreak bowler has been a key performer for Bangladesh this year. With 26 wickets at an average of 10.73 and an economy of 4.53, Rumana occupies the second spot on the list of highest wicket-takers in T20Is in 2018. Rumana is also a capable batter in the middle-order, coming up with crucial knocks in the 50-over format for Bangladesh, although she’s yet to translate that into T20Is.

When she made her T20I debut against New Zealand in November 2014, she was not even 16. Apart from a couple of useful knocks she didn’t really make a mark until the final of the 2016 World T20, when she smashed 66 off 45 against Australia to help the Windies clinch the title. There has been no looking back ever since as she has evolved into a proven performer for her side and the 20-year-old will be key to Windies’ fortunes during this tournament. Fresh off a three-figure score against South Africa in an ODI and 70 against the same team in a T20I, Matthews forms a vital cog in the Windies batting unit along with experienced names such as Deandra Dottin and Stafanie Taylor.