Will it be ‘white Christmas’ in Kashmir: Here is what MeT has to say 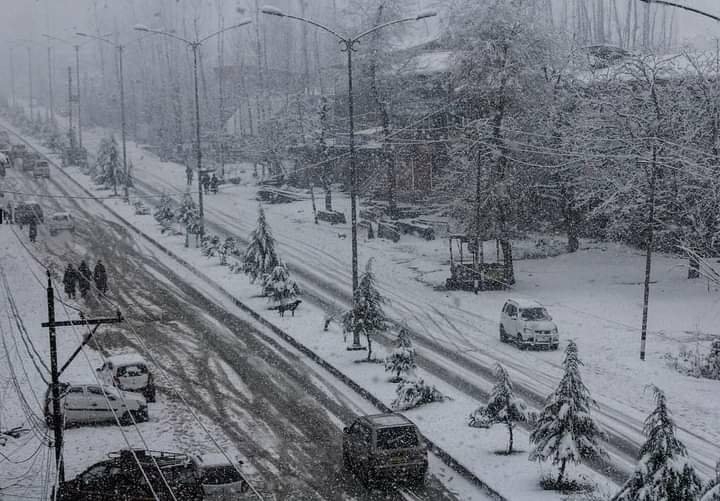 Srinagar: Cold conditions intensified in J&K and Ladakh as Srinagar had coldest night of the season with mercury plunging to minus 3.9°C.

The weatherman has forecast dry weather till December 23 with “further fall” in mercury in coming days and predicted “white Christmas” in J&K and Ladakh.

A meteorological department official said that the minimum temperature in the summer capital of J&K was down by last night’s minus 2.6°C and normal of minus 1.0°C for this time of the season.

Qazigund, the gateway town of Kashmir, had a low of minus 4.2°C against minus 2.6°C on the previous night, he said.

Pahalgam, the famous resort in south Kashmir, recorded a low of minus 6.4°C against minus 3.8°C on previous night.

Kokernag, also in south Kashmir, recorded a low of minus 3.9°C against minus 2.8°C on previous night, the official said.

Kupwara town in north Kashmir recorded a minimum of minus 3.8°C against minus 3.5°C on the previous night, the official said.

Gulmarg, the world famous skiing resort in north Kashmir’s Baramulla district, recorded a minimum of minus 8.6°C against minus 5.6°C on the previous night, the official said.

Ladakh’s Leh had a low of minus 11.6°C against last night’s minus 7.6°C while automatic Kargil station recorded minimum of minus 10.1°C. Drass in Kargil, the second coldest place in the world after Siberia, recorded a low of minus 15.2°C, the official said.

“Currently weather is mainly clear in both J&K and Ladakh. Mist is also likely to remain so till December 23,” the official said
The MeT also issued ‘low temperature alert’, saying “further fall in minimum temperature by 2-4 is expected in J&K and 4-6 in Ladakh region in coming days.

Regarding snowfall, he said, “As of now, we will have a white Christmas in both J&K and Ladakh (chance of occurrence as of now 60%).”

In whole J&K including Srinagar, minimum temperature dropping to -5 or -6 degree Celsius in December is “normal” and is a part of winter weather, the weatherman said.

“It happens every year. There is no forecast for any severe weather in coming days.”