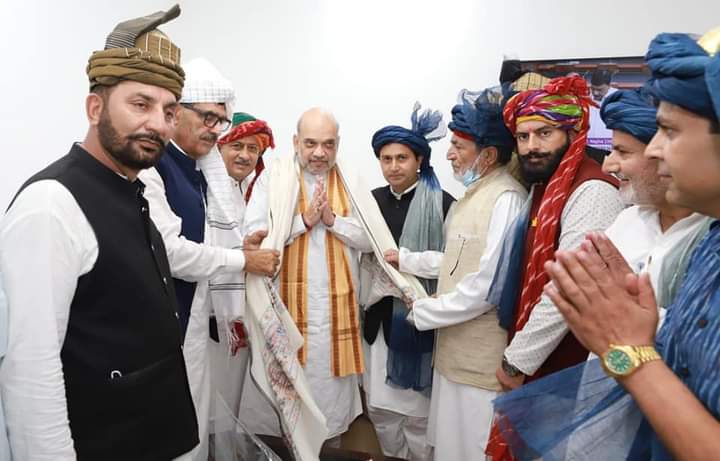 New Delhi: On the third anniversary of the abrogation of Article 370, union home minister Amit Shah said the whole country loves Jammu and Kashmir and assured all-around development of the union territory.

Shah was interacting with Pahari leaders who called on him in New Delhi. He said Pahari Community living in Rajouri, Poonch, Uri, Keran and Keranah Pehalga, and Shopian have suffered in the last 70 years.

Shah also urged Pahari leaders to work in a mission mode for making a strong and vibrant Jammu and Kashmir in line with the vision and mission of PM Modi.

During the meeting, Vibodh informed Shah that the Pahari population in Jammu and Kashmir is 12 lakh. “This tribe has been struggling for ST status akin to Gujjars, Backcrawls and Gaddies,” he said.

Pahari leaders said they have been worst affected due to partition and terrorism. in the last 75 years. They thanked Amit Shah and the central government for providing a 4% reservation to the Pahari tribe.