Who is Sajad Gharibi aka Iranian Hulk? Why was he embarrassed twice in less than 5 months? 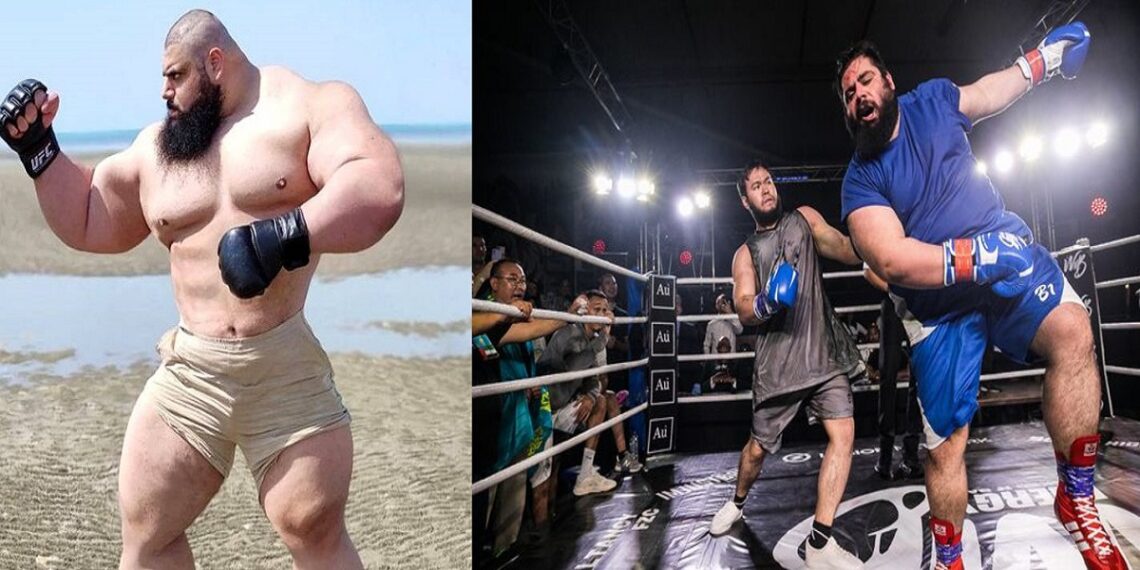 Sajad Gharibi, better known as The Iranian Hulk, created a storm on the internet with his huge built and claims of being the world’s strongest man.

Following his massive claims, Gharibi was set up to face Martyn Ford, aka ‘The World’s Scariest Man’ – in the boxing ring in April 2022. However, days before the much-anticipated clash, Sajad Gharibi clashed with Ford at their face-off during a press meet. The result was a great disaster for the untrained ‘Iranian Hulk’ who ended up on the floor.

The incident took place in Dubai where Gharibi tried to wrestle his opponent to the ground before Ford pushed him over clearly showcasing his power and authority over the bulky Iranian who weights 380 pounds.

In a TV interview after the face-off, the ‘Iranian Hulk’ almost broke down explaining how the clash had effected his relationship with his family.

“I cannot call my family; when I returned I didn’t go to my family. I can’t talk to my father and my mother, when I spoke to her, she said: ‘The person in this video that I saw was not my son, my son is way stronger than this’.

“It hurts my heart when I can’t talk to my family. I have lost my pride and I am destroyed. How can I explain?

“They deceived me and I fell to the ground. My family said that you will go there and finish him. They expected the other way around.

“How can I sleep or get any rest? I personally feel very bad and I cannot sleep but I am now taking sleeping pills.”

Following this, Martyn Ford called off the bout due to fears for the mental well-being of Gharibi. However, the Iranian Hulk did not stop here and found a different opponent in the form of the Kazakh Titan, whose real name is Djumanov Almat Bakhytovich.

The pair met in the ring in the last week of July 2022. The Kazakh Titan was utterly dominant, landing shots to the body and head at will, to the point that the Iranian Hulk repeatedly turned away from his opponent and the contest was stopped.

“I have nothing to say but I am ashamed and I apologise to the Iranian people.” Gharibi said after the fight.

The Iranian Hulk’s coach gave a more detailed explanation as to why Gharibi put in such a poor performance.

He said: “Thank you for your good and bad messages, I just wanted to give a brief explanation about the fight.

“The fight was set before Sajad came to me and he signed the contract. There was no way to cancel it unless he paid a big fine for the cancellation.

“We had a bad situation. Sajad came to Tehran for his training [but] we had a financial problem, the sponsor didn’t keep their word.

“In short, Sajad trained with me for only two weeks and I told him he was not ready to fight. But I had to be with him because he had to fight and somebody had to coach him.”

The two face-offs must have certainly proved too much for the bulky Iranian who clearly needs to train a lot to be able to face any professional wrestler or fighter in this world.