Who is Bahamut? Why is he giving sharks and whales run for their money? 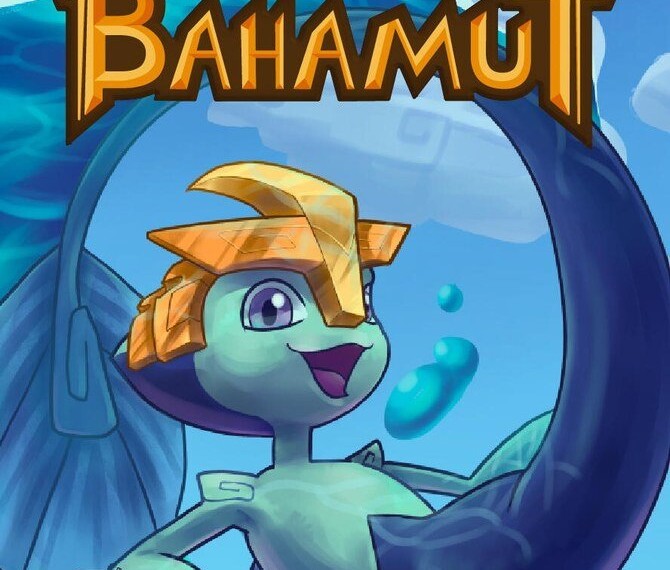 Known as Bahamut, the legendary monster of the deep has been revived by creators at Starvania Studio, and the game is due for release next year, Arab News reported.

“One Thousand and One Nights” is a collection of Middle Eastern folk tales compiled in Arabic during the Islamic Golden Age.

The game is set underwater, where the ocean has become dark and corrupted by mysterious magic, and players will be tasked with the job of bringing light back to the ocean with the creature’s help, Arab News reported.

Mashael Al-Khalifah, co-founder and art director of Starvania, described the game as a side-scrolling action adventure about an aquatic humanoid boy exploring the underwater world.

She said: “We are talking about myths that have been buried and forgotten, and we want to revive them in a better way and learn valuable lessons from them, especially if they are Arab.”

Meaad Aflah, co-founder and chief executive officer of Starvania, said the game was expected to launch on PCs via the Steam platform in early 2023.

Bosses at Starvania, a Saudi indie game studio based in Riyadh, aim to create unique entertainment experiences by making fantasy universes and characters beyond imagination while being thoughtful and inspiring.

Aflah noted that public interest in mythology was growing, and the time was now right to highlight Arabian folklore.

“It’s not that common, and not everyone knows about it. It was an opportunity for us to make something new and unique to show it to the world by making them live the experience and reflect it in the game.

“The depth that we put into our game’s narrative and content help us to represent it with diverse entertainment mediums like comics, cinematics, animation, and merchandise to support the game itself,” she added.

General game designer, Rafif Kalantan, told Arab News: “I have always been fascinated with ancient religions and mythologies in general, and I have been wanting to work on a game that incorporates Arabian and Middle Eastern mythology since my undergrad degree.

“I even have a concept that I’ve gone back to times during projects in my undergrad. When I spoke with the founders of Starvania Studio and found out that Arabian mythologies were their angle, I was on board before hearing anything else.”

Bahamut was said to carry the world on his back, and Kalantan pointed out that the myth had been largely accredited to Zakariya Al-Qazwini from his book “Aja’ib Al-Makhluqat wa Ghara’ib Al-Mawjudat” (“The Wonders of Creation”), written in 1203.

“Games are a great medium that can get people interested in things they’ve never been introduced to. I personally had many games that got me interested in topics only after I played them, and I can see ‘Bahamut’ inspiring players to do the same thing,” she added.

Kalantan said the studio had chosen to work with a 2-D instead of a 3-D medium because it was more easily accessible to independent developers, especially when considering hardware limitations.

“2-D is also more easily personalized and stylized which would give your game a more unique look amongst competitors. Our main reasons for going with 2-D is a bespoke look and ease of access,” she added.