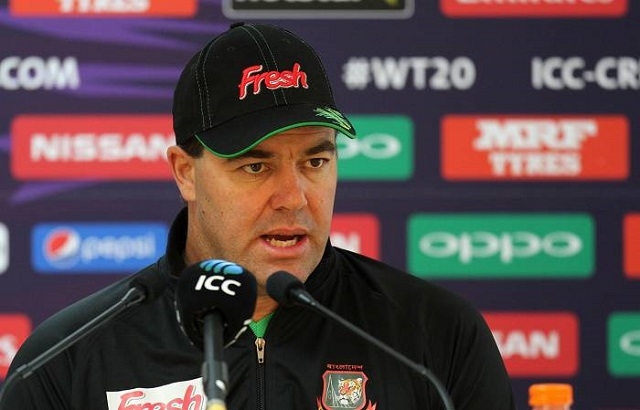 Kolkata:Be it Chris Gayle or Andre Russell, the West Indian cricketers have been in big demand in T20 leagues across the world. Former Zimbabwe captain Heath Streak says maybe it could be because the ‘powerful’ Caribbeans get ‘bored’ playing Test cricket.

Gayle smashed an unbeaten 104 off 63 balls against Sunrisers Hyderabad, who have arguably the best bowling attack of the league, to fashion Kings XI Punjab’s 15-run victory . Gayle has looked in ominous form in the two matches he has played so far, and so does Andre Russell — the Jamaican struck a 12-ball 41 in KKR’s 71-run victory over Delhi a few days back. And then there’s Sunil Narine, too — he has been spearheading the KKR challenge both with ball and bat. Besides, the likes of Dwayne Bravo (Chennai Super Kings), Kieron Pollard and Evin Lewis (both Mumbai Indians) are also the core members of their respective franchises.

“Firstly, they enjoy it I think. They get bored playing the long format of the game. A lot of them are playing all the leagues around the world,” Streak said. “You are getting to a stage where guys are making a career solely out of playing T20 cricket. They play in PSL (Pakistan), CPL (Caribbean), BBL (Big Bash), IPL. They’ve got physical attributes, the power. The guys like Pollard, Russell are physically strong, even their mis-hits go over the boundary,” said Streak. — PTI