We need to work with greater commitment to eliminate emerging threats posed by subversive elements: LG 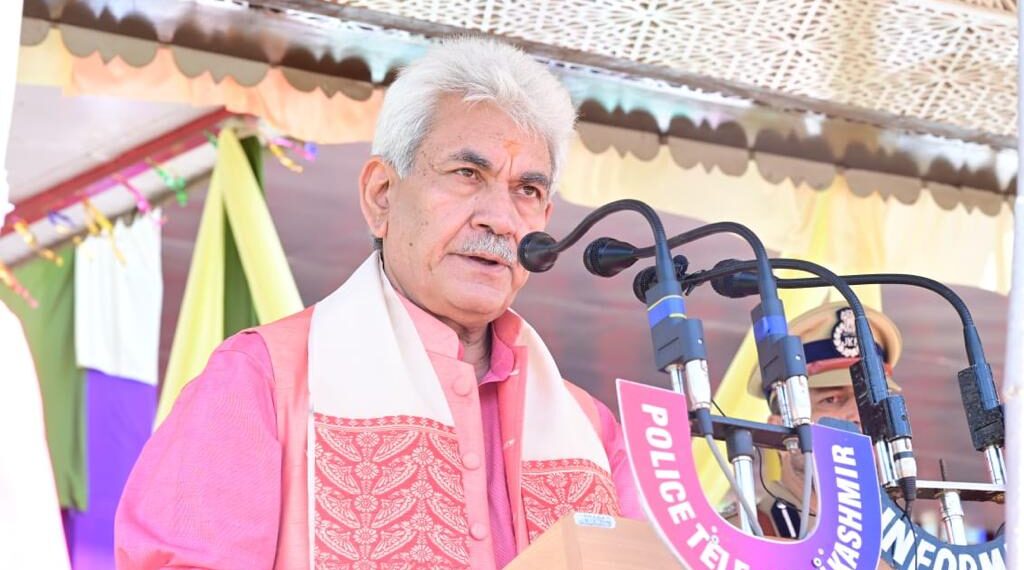 A total of 538 new recruits have completed their rigorous training today at the PTS Manigam. Out of 538, 360 brave constables have already served as SPOs.

An oath was administered to the passing out cadets for performing their duties with dedication and honesty.

The Lt Governor took the Rashtriya Salute and inspected the parade, besides taking the salute at an impressive March Past by the contingents. He also felicitated the cadets who excelled during their training course.

The Lt Governor congratulated the passing out constables for becoming an integral part of the Police Force and asked them to discharge their responsibilities towards the nation and the people with utmost dedication and sensitivity.

Paying tributes to the bravehearts of JKP who have made supreme sacrifice in the line of duty, the Lt Governor said, Jammu & Kashmir Police is the finest example of superior internal security machinery with its skill, dedication, mobility and resolve to protect the integrity and sovereignty of the country. J&K Police is the most versatile force with admirable record of service to the nation. Over a period of time, our police personnel have shown that where there is a will, there is a way forward, he added.

J&K Police is fighting conventional as well as modern threats every day to overcome the security challenges. Along with the responsibility to maintain law and order, crackdown against drug syndicate and anti-terror operations, JKP has won the confidence and affection of the citizens by ensuring secure environment for all-round development and peace, the Lt Governor observed.

The Lt Governor emphasized the need to work together with greater commitment to eliminate the new emerging threats posed by subversive elements, and asked the forces to redouble their efforts to control such activities orchestrated by adversaries working with evil design and evil intent.

Our police force is committed to peace, protecting life and serving the people. Don’t touch the innocent and do not spare the guilty is our policy. In the last three years, not a single innocent life was lost due to police firing. JKP has also been successful in destroying the terror-ecosystem, having upper hand against the forces trying to disrupt the peace and development process in the UT, observed the Lt Governor.

The Lt Governor called for making the police personnel acquainted with the new age technology so that they can effectively and efficiently discharge their duty. ‘We must empower them by making the policing system more technology-driven to fight new crimes’, he further added.

We are determined to protect our interests, integrity & sovereignty of the country and anyone who dares to test our resolve will have to pay a heavy price, the Lt Governor said.

Narco terrorism is one of the biggest challenges before us and we need enhanced coordination between all the security & drug law enforcement agencies for intensifying the crackdown on the narco-terror networks in the UT, said the Lt Governor.

The Lt Governor asked the senior officials to monitor and analyze the working of Crime and Criminal Tracking Network & Systems (CCTNS) in order to establish efficiency in the system and cordial relations between the police and the common citizens.

The Lt Governor also congratulated the senior officials for providing all-round training to the recruits.

During his address, Sh. Dilbag Singh, DGP extended his best wishes to the new recruits and asked them to work with honesty and dedicate themselves in the service of the people.