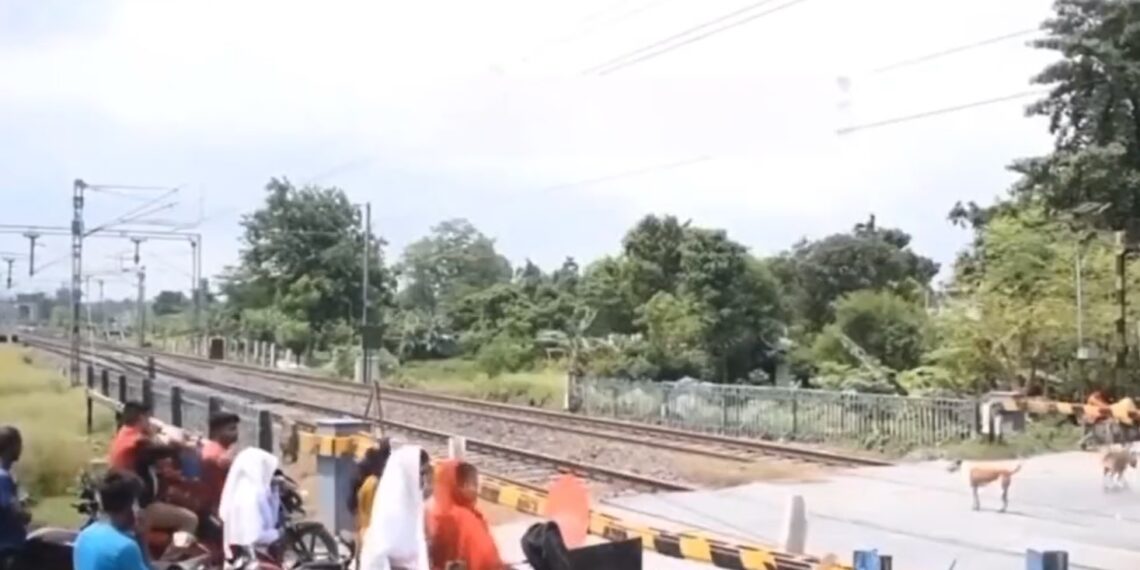 This thief is being touted as the brainiest among the lot. His `haath ki saafai’ has left netizens in awe.

A video of a thief stealing a mobile phone with perfection has left netizens surprised.

In the video, people are seen waiting on both sides of a level crossing gate for the train to cross. However, before the arrival of the train a man from the other side of the gate, snatches the mobile of a bike rider. Even before he could react, the thief crosses the track.

The victim tries to follow him, but then a speeding train comes on the track. In such a situation, remained standing while the thief fled from the spot.

The video has been shared on the Twitter page of @GabbbarSingh. This 44-second video has got 1.2 million views so far, while more than 22000 people have also liked the video.

“Glad that somebody didn’t loot his bike this side,’ said a user.

“So the guy who made this video knew it’s going to happen? 😛 The camera isn’t even moving elsewhere. LOL. #Scripted,” said another.