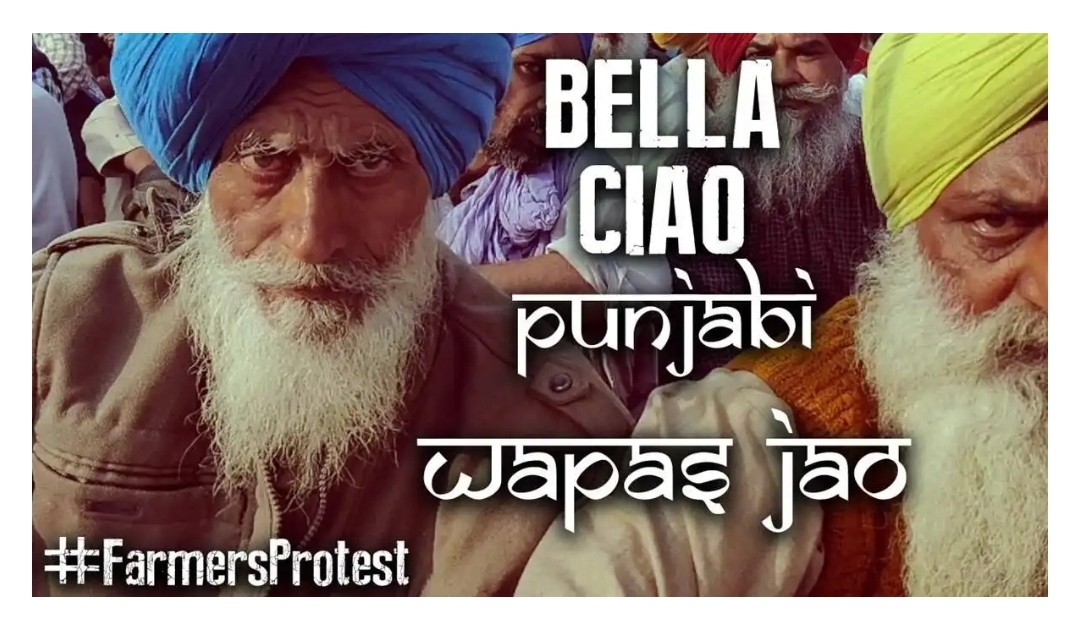 Even as farmers continue to protest at Delhi border opposing the Centre’s three farm bills, a Punjabi version of ‘Bella Ciao’ capturing the pulse of the campaign is going viral.

“Thwaade inn kaale, kaatil kaanoonan, Da ikoyi jawab: wapas jao,” says the lyrics of the desi version of the song, echoing the demands of the farmers.

Performed and written by Poojan Sahil, famous for making socio-political songs, the video shows a montage of farmers protesting at Singhu border, which was shot by people’s campaign group ‘Karwan e Mohabbat’. Even though the tune is the same, Sahil clarified it is not a Punjabi translation of the original song.

Although in the recent past the song gained popularity owing to the Netflix show Money Heist or La Casa de Papel, its origin has roots in farmers’ struggle, making it an apt choice for the currency movement.

The Punjabi rendition of the iconic protest song is to express solidarity with the farmers’ protest in Delhi, evoking the song’s origins in Italy which was composed to highlight harsh working conditions of women paddy workers.

“Bella ciao is an Italian protest folk song that originated in the hardships of the mondina women, the paddy field workers in the late 19th century who sang it to protest against harsh working conditions in the paddy fields of North Italy,” Sahil wrote on YouTube while sharing the video.