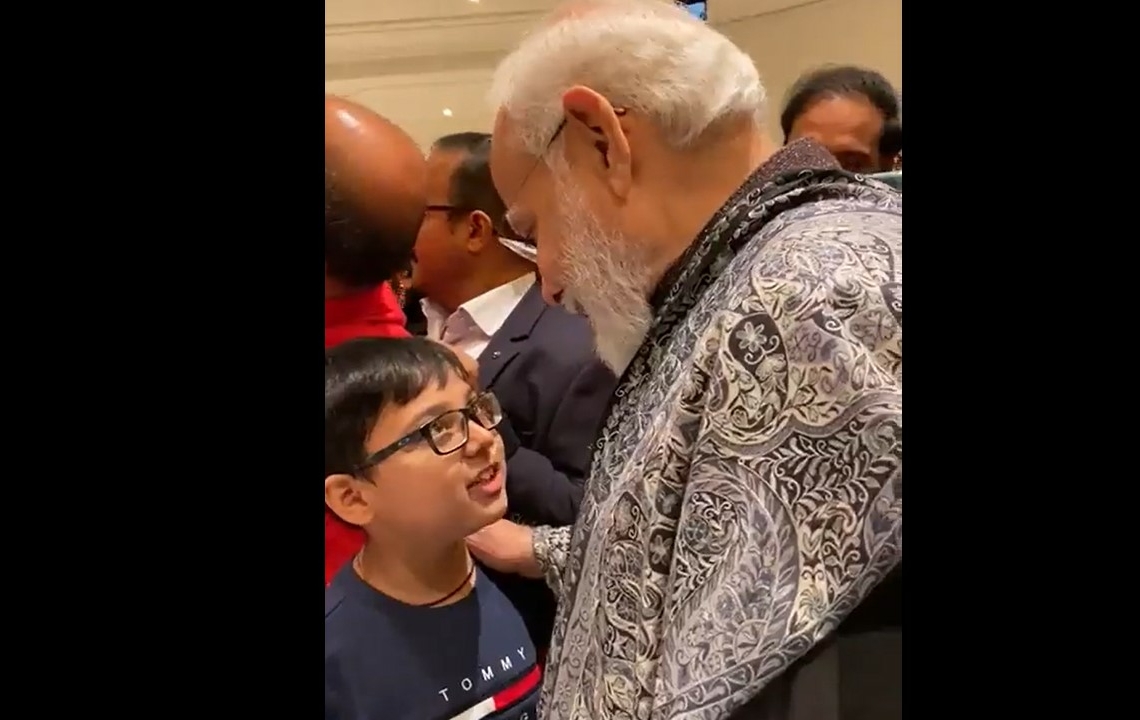 PM Modi landed at Berlin-Brandenburg airport in Germany early this morning. He drove to Hotel Adlon Kempinski, where he interacted with the members of the Indian community.

Prime Minister was given a warm welcome in Germany. Crowds chainted “Vande Mataram” and “Bharat Mata ki Jai”. A little girl presented him with his portrait. In the video, PM Modi can be seen asking her, “how long did it take you to make the portrait.”

Prime Minister was impressed by a young boy who sang a patriotic number. Modi grooved along with him. After he finished the song, Modi said, “Waah.”

Modi is also scheduled to visit Denmark on Tuesday to hold talks with leaders from Nordic countries, along with other high-level interactions. His three-nation visit will conclude with a stopover in Paris on Wednesday where the Prime Minister will meet the newly re-elected French President Emmanuel Macron.