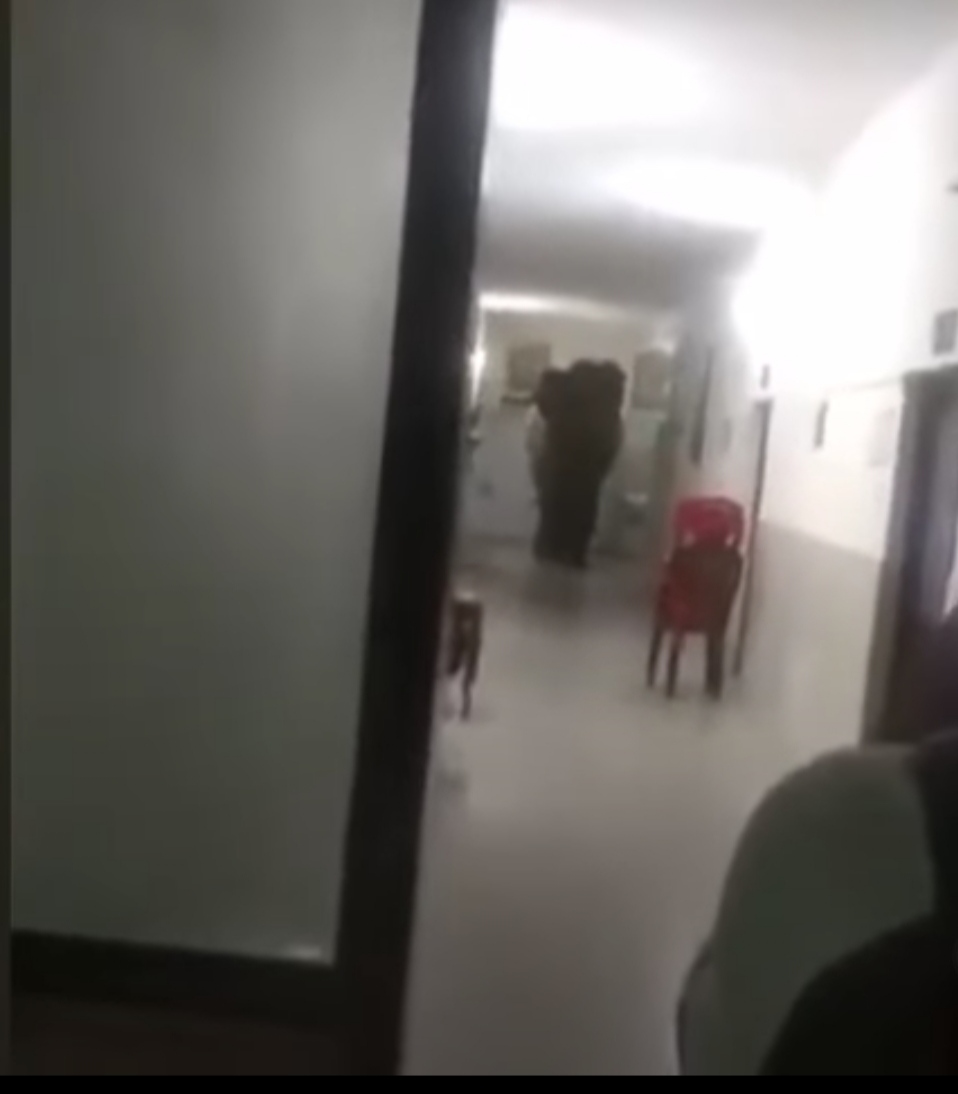 Patients were sent into a tizzy when a huge elephant entered a hospital in West Bengal.

A video of an elephant walking in the hospital in Jalpaiguri district has now gone viral.

People were terrified as the elephant roamed freely in the corridors of the hospital. Some people mustered courage and filmed the animal though from a distance.

“He came back so that he could pass his exams,” said another.