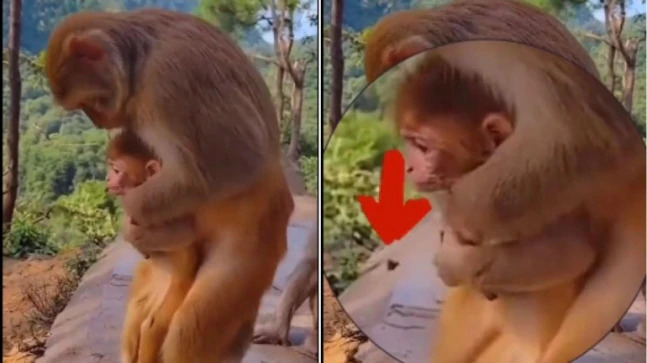 A video of a monkey saving her choking infant using a Heimlich maneuver is melting hearts online.

Heimlich Maneuver is a first-aid technique for clearing the windpipe that involves applying abrupt, intense pressure to the belly, between the navel and the ribcage.

In the video, the mother monkey could be seen executing abdominal thrusts to provide pressure, which will cause whatever obstruction is choking the baby’s windpipe to simply fall out.

“A mother monkey who saves her baby with the Heimlich Maneuver,” the user captioned the video

Later the object that was trapped in the baby monkey’s windpipe eventually came out.

One user responded: “Smart monkey,” while another said, “Nature is Science.”

“The Heimlich maneuver is so widely recognized that even animals know how to use it. For the sake of themselves and their families, humans should know more about it,” said another.

“Humans learned more from animals than animals from humans,” said the third.