Watch: Marriage of dead couple solemnized with fanfare and gaiety 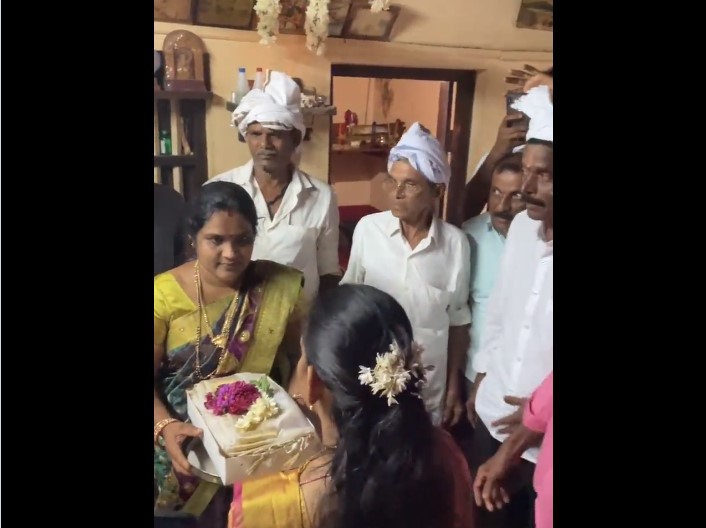 Believe it or not, a bride and groom who died almost 30 years ago tied the knot recently.

Well, marrying the dead is a part of the Dakshina Kannada tradition.

In a post shared on Twitter, Anny Arun, gives a sneak peek of this weird tradition and calls it pretty prevalent.

“I’m attending a wedding today. You might ask why it deserves a tweet. Well, the groom is dead actually. And the bride is dead too. Like about 30 years ago. And their marriage is today. For those who are not accustomed to traditions of Dakshina Kannada, this might sound funny,” Arun said.

Arun said it is a “serious tradition,” where the families of the deceased couple participate to witness this union. He also mentioned that no children are allowed around the rituals.

“For those who die at childbirth, they are usually married off to another child who is deceased during the childbirth. All the customs happen just like any marriage. Two families will go to each other’s house for the engagement,” he added.

“There will be marriage procession and finally tying the knots. If you are wondering if it’s easy to fix this marriage, hear me out. Recently, the groom’s family rejected a bride because the bride was a few years elder than the groom!” Arun wrote describing how it was a celebration for the families.

Moreover, delicious food was also served during the wedding

Netizens took to the comment section to show their amazement towards this extraordinary tradition. While some were happy to be enlightened about it, others found it strange.