Watch: Man sets Guinness World Record for gulping down one liter of Mountain Dew in 9 seconds 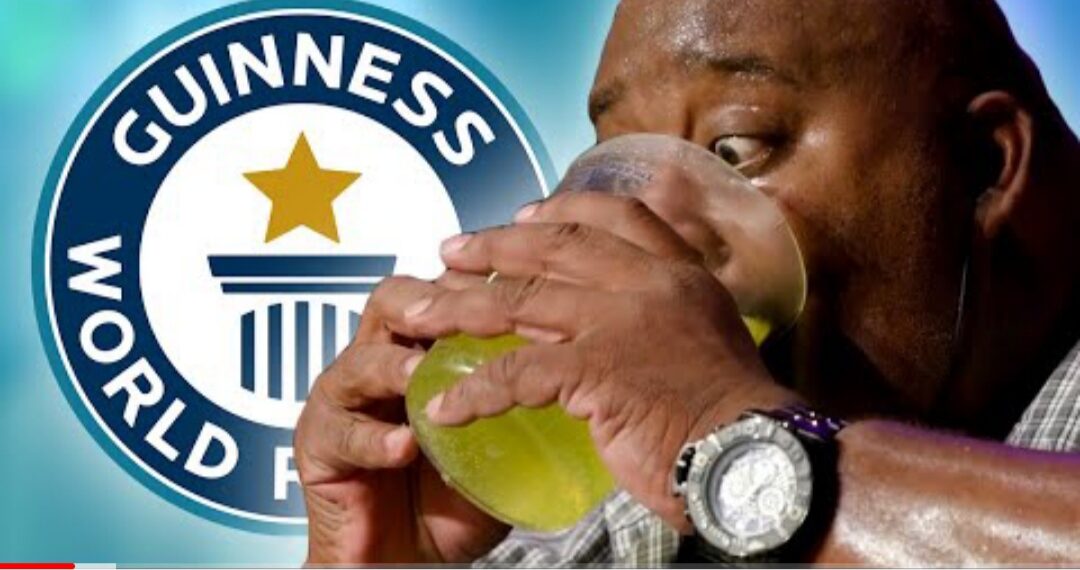 A New York-based YouTuber created two new Guinness World Records when he gulped down one litre of Mountain Dew and a litre of tomato sauce in 1.18 minutes.

“Alright, we’re about to do this. Hopefully, I get this down in under nine seconds, but you never know,” he said.

The man took just 6.8 seconds to drink a litre of Mountain Dew out of a measuring cup. He chugged that cup of soda with a smile as if it was water.

The crowd counted along and within a few seconds, the entire drink was gone. He did the same thing with the tomato sauce. Onlookers cheered as he cracked open a few cans of Kirkland organic tomato sauce, poured them into his measuring cup and gulp it all down. “Oh, that’s really thick”, Badlands said as he prepared to consume the acidic beverage.

He finished that in just 1 minute and 18 seconds.

Previously, the competitive eater who is ranked 23rd by Major League Eating, broke the world record for the fastest time to drink two litres of soda when he guzzled a beverage in 18.45 seconds.