Watch: Man lives in the toilet for 8 years 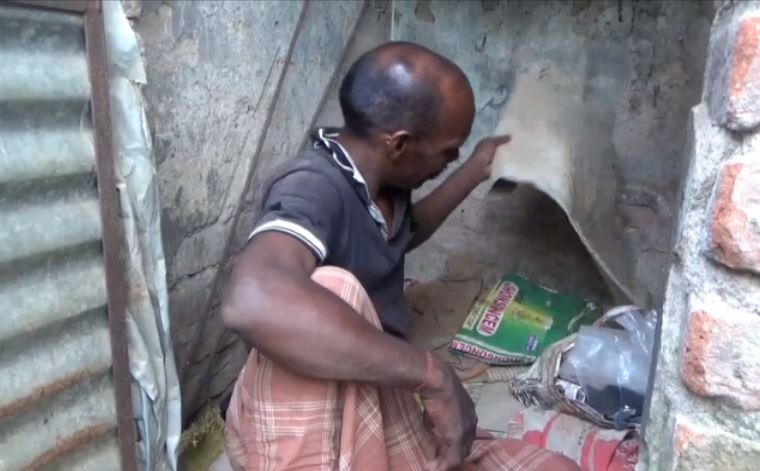 Sambalpur: Believe it or not, a man has been living in an unused toilet in Odisha’s Kudanali village for the last eight years.

Identified as Daitari Dehuri, the unmarried man was living in the toilet after his Kacha collapsed. He did not have money for repairs.

Media reports said Daitari approached the government to help him but to no avail. He could manage to get money to construct a toilet under a scheme. As there was no other house, he started living in the toilet. He is getting 5 kg of rice under a government scheme.

Naktideula BDO said that he came to know about it from the media. He assured to take the necessary steps following the investigation.