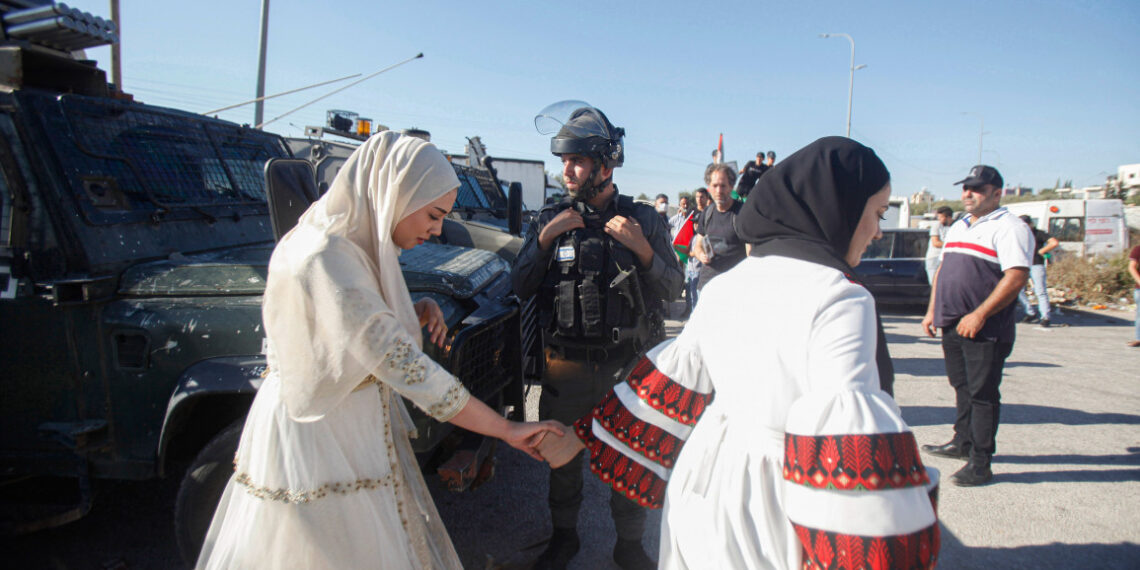 Israeli police stormed a wedding venue and detained a Palestinian bride in Arraba.

The bride’s lawyer, Shadi Thabbah, said police had wrongly suspected that the groom – who was barred from being in Arraba by court order – was present.

“I don’t understand any investigation that the bride has disrupted, the groom is not there and has not been arrested, so what investigation is the police talking about?” Thabbah told Al-Jarmaq news outlet.

“The police intimidated the children and women who were present at the party.  Nearly 150 policemen broke into the house and when the police saw that the groom was not present they wanted to give legitimacy to their raid on the house, so they arrested the bride and 15 other guests,” he added.

Palestinian citizens in Israel make up around 20 percent of the country’s population. They are routinely raided and harassed by Israel’s security forces, and Adalah, a rights group that advocates for minority rights in Israel, has documented more than 65 laws that discriminate against Palestinian citizens.