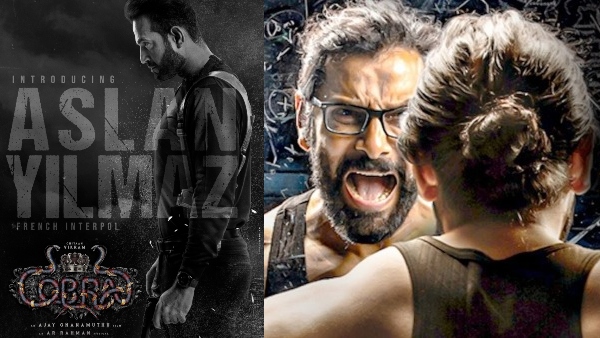 Forget his swingers, enjoy his punches.

An A R. Rahman musical, the movie is directed by Ajay Gnanamuthu. Pathan will be seen alongside the South Indian actor Chiyaan Vikram and KGF fame Shrinidhi Shetty. The trailer promises the audience an action-packed thriller.

Media reports said  ‘Cobra’ will mark Irfan Pathan’s entry into the film industry, in which he portrays Aslan Yilmaz, an Interpol agent from Turkey. Earlier, Pathan had shared his thoughts after finishing the shoot for the film and said that he had an amazing time on the sets working on his first ever Tamil film.

Media reports said Pathan will play a pivotal role in the movie throughout, with Vikram and Shrinidhi in the lead roles. The film is an action thriller that portrays Vikram in more than 20 different, and unique, avatars. Playing the role of an Interpol agent, Pathan will be the antagonist in the film. From making his cricket debut to his commentary debut, to now a massive acting debut, Pathan has aced his journey.

Making his international debut at the very young age of 19 years, Pathan, with his brilliance on the field, made his mark and left an impression on the Indian side to become a regular face in the squad.

After fulfilling his time on the field, he took the seat behind the mics, off the field, and started with his commentary stint.