Watch: How NDRF jawan became friends with a 10-year-old boy trapped in borewell for five days 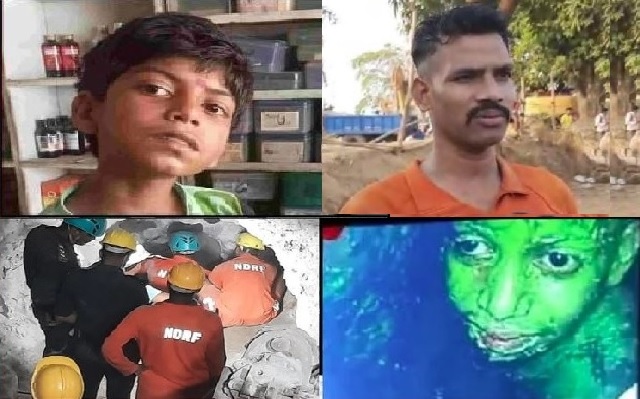 This real-life rescue operation had all ingredients of a Bollywood potboiler.

A 10-year-old boy who was trapped in 80-feet bore well for 106 hours became friends with NDRF Jawan who regularly communicated with him during the rescue operation.

Rahul Sahu was trapped in a borewell in the Janjgir Champa district of Chhattisgarh. He became friends with NDRF Jawan B Anil Kumar who interacted with him throughout the whole process. Kumar went beyond his duty to give Rahul a reason to live.

A few hours after the falling of Rahul into the 80 feet borewell, the rescue mission to extract him from the pit was initiated. He had to remain there for about five days and finally, the rescue team became successful to extract him safely from there.

Media reports said the 10-year-old boy is speech and hearing impaired. It was a difficult operation. Anil Kumar played a vital role and interacted with Rahul to give him confidence that they are very close to rescuing him. One of the strong factors which kept Rahul alert, awake, engaged, and safe inside the deep borewell was his friendship with Anil Kumar.

Reports said initially Rahul was not responding to him. But later after the intervention of his mother, everything became smooth. B Anil Kumar enquired about the signs of Rahul from his mother and responded in the style that he understood. And it was the turning point.

As per reports, within the 104 hours, Anil Kumar provided 9 fruity mango juice and a few dozens of bananas to Rahul which he consumed to keep himself alive.

Initially, Rahul did not respond to the voice of Anil Kumar. Perhaps it was due to fear. He neither responded with any sign nor in any other way. Then the NDRF jawan enquired about Rahul’s favorite food from his family members. According to their suggestion, Rahul then was provided with a banana. In the meanwhile, the jawan also got confirmed the signs that the boy gave with the tips from his mother. And now Rahul responded well.

The deep hole had become the home Rahul for the long five days. When he was sending a signal that he is hungry, he was being given a banana, his favorite fruit. And in drinks, it was mango juice for him.

The miracle does not end there. Even, Rahul helped the rescue team. Whenever he was being given a bucket, he was filling water and gave the signal, so that the people on the ground would pull it up. As per Anil Kumar, Rahul had filled about 10 buckets of water.

Whenever he was feeling drowsy, he was getting asleep after putting his head on a stone that was there inside the hole above the water level.

On Tuesday when the rescue operation started Rahul got frightened. He even did not respond to the words of Anil Kumar. Just he tried to keep him away by staying close to the stone. And finally, Rahul was rescued.