Watch: How iPhone saved the life of a Ukrainian soldier on the battlefield 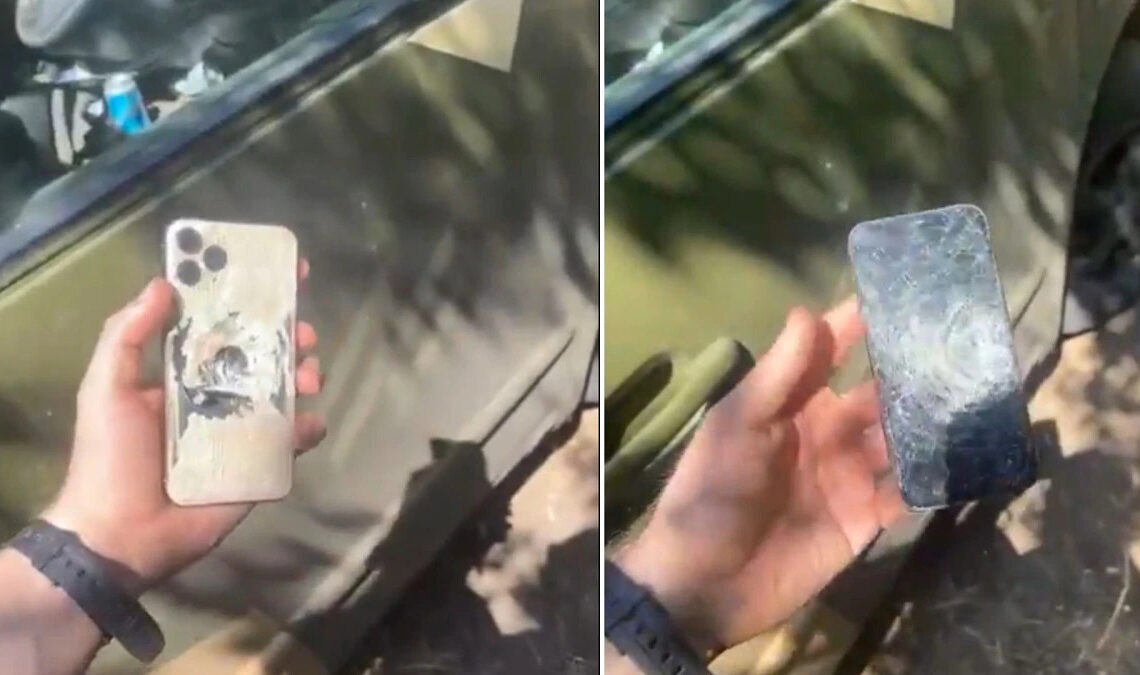 Ukrainian soldier escaped a near death after his iPhone acted as a bulletproof vest to save his life.

A video of a Ukrainian soldier explaining how he dodged a bullet as it struck his iPhone 11 Pro that was in his pant pocket.

The life-threatening damage the bullet could cause was completely resisted by the iPhone 11 Pro. The video was uploaded on Twitter by Anton Gerashchenko, Advisor to the Minister of Internal Affairs of Ukraine, on July 17.

The clip reveals an alleged Ukrainian soldier taking out his iPhone from his backpack. The video focuses on the defaced iPhone, which has a bullet caught inside. The phone acted as a bulletproof vest that would have otherwise killed the soldier.

So far, the video has garnered more than 2 lakh views and tons of comments.

“Another way to use iPhone.I can’t make a phone call, but I’m glad I was saved,”  said a user.

“I think Apple should give him one. It’s a great ad for them,” wrote another user.

“We have a pocket bible in our Regimental museum that stopped a bullet in World War 1 the soldier had it in his breast pocket and the bullet is still embedded in the bible,” wrote third