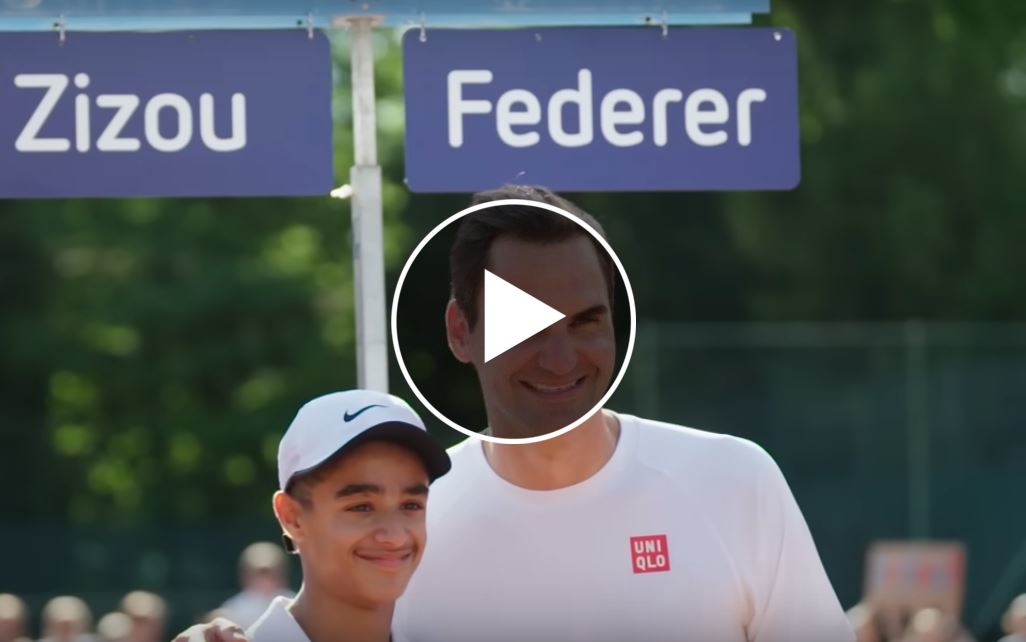 In 2017, Izyan Ahmad, known to most as Zizou, a young six-year-old Kashmiri-American Tennis player was promised by the legend of the game Roger Federer that he would play against him one day.

Zizou then challenged Federer to a match during the U.S. Open press conference. “Hi Mr Federer. Can you please continue to play for eight, nine years so that I can play you when I go pro?” a young Zizou asked then as the people around burst in laughter. “Yes,” replied Roger Federer. “Is that a promise?” the young Kashmiri asked. “Pinky promise,” Roger replied with a broad smile.

Five years later, Zizou may have forgotten the promise, though not his conversation with the tennis great, but Roger had not.

A video that has gone viral showcases Izyan getting his promised fulfilled. The young Tennis player was flown to Zurich for what he thought would be a training session. However, before he could begin, an employee of the club asked him if he would click a selfie with the manager who was a great fan of Izyan.

“He knew my name!” a visibly excited Izyan told his coach. “Talk about VIP”, the boy added.

Soon, a woman arrived and she was wearing a shirt with Izyan’s face on it.

While all this was happening, a giddy Roger Federer watched his reactions behind the scenes.

After that, Zizou was escorted to the clay court lined with children who were chanting his name. Soon, an announcement proclaimed, “All the young people watching you playing finally against a worthy opponent. Here is your surprise.”

And then the big reveal took place as Roger Federer came out from behind the curtains and Zizou’s held his hands over his mouth in disbelief before he could utter, “Hi, Mr Federer.”

“Nice to see you. Roger! We made a promise, right? We’re going to play. Are you ready?” the eight-time Wimbledon winner said as the two shook hands and hugged.

““When the GOAT makes a promise, he keeps it! That’s what makes him such an idol! We spent half a day with him, but his humility, grace, smiling personality, ability to make everyone around him instantly comfortable, magnifies his persona and shows me that you cannot be a great sportsman unless you are a great person first. Thank you Mr. Federer, for the best day of my life, for these memories and I am forever grateful that you kept your pinky promise!” HAPPY BIRTHDAY G.O.A.T!” Izyan wrote on Instagram sharing the video.

Izyan’s father Farooq, according to media reports, is a media professional based in New Jersey and originally hails from Dangiwacha area of Rafiabad, in Baramulla district of north Kashmir.

His mother, Nida Haji is from Jammu and Kashmir’s Kishtwar. She is currently serving as the Director of Consumer Lending and Head of the Business Analysis Centre of Excellence in Tavant Technologies, in New York.

Izyan and his family, his Instagram handle shows, had recently travelled to Kashmir and visited Gulmarg.

Izyan is preparing hard for his career as pro tennis player. His Instagram handle is full of videos of him training on a court.