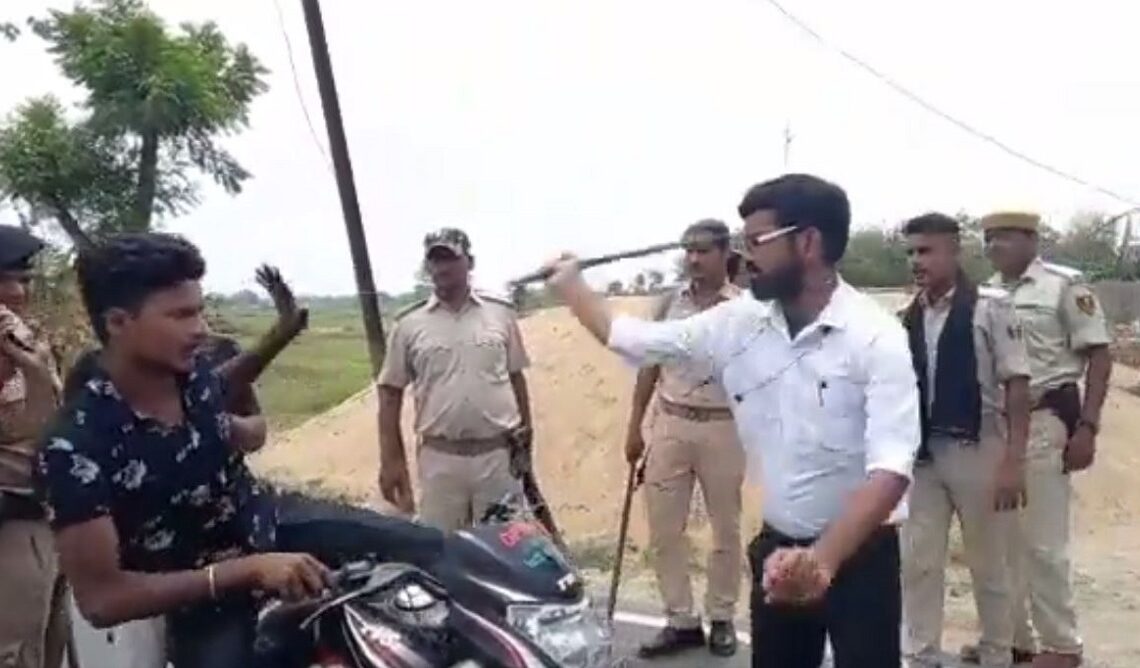 Administrative officials are often questioned for their high-handed and ruthless attitude towards the common people. This time, an official from Marhaura, located near Bihar’s Chhapra, has caught everyone’s attention. A video that has gone viral on social media shows him beating two individuals for allegedly not wearing a helmet.

The clip of the incident was shared by Prakash Kumar, a Senior Editor at ABP News. The clip shows the man, who is the Sub Divisional Magistrate (SDM) according to the caption of the video, hitting two guys on a bike. The video has received more than 2 lakh views so far. Many people were left shocked at the official mercilessly beating the youngsters.

Reacting to the video, a user tagged Bihar Chief Minister Nitish Kumar and appealed to him to take strict action against such bureaucrats who were misusing their powers.

Another wrote that the SDM’s case was a representation of everything that was going wrong in the state.

“What kind of selection procedure is followed to select such non-sense high-headed bureaucrats They are public servants not king Hope our judiciary may take suo motto notice of these incidents,” commented another person.

The incident happened when section 144 was imposed in the city in the wake of the protests against the Centre’s Agnipath recruitment scheme.