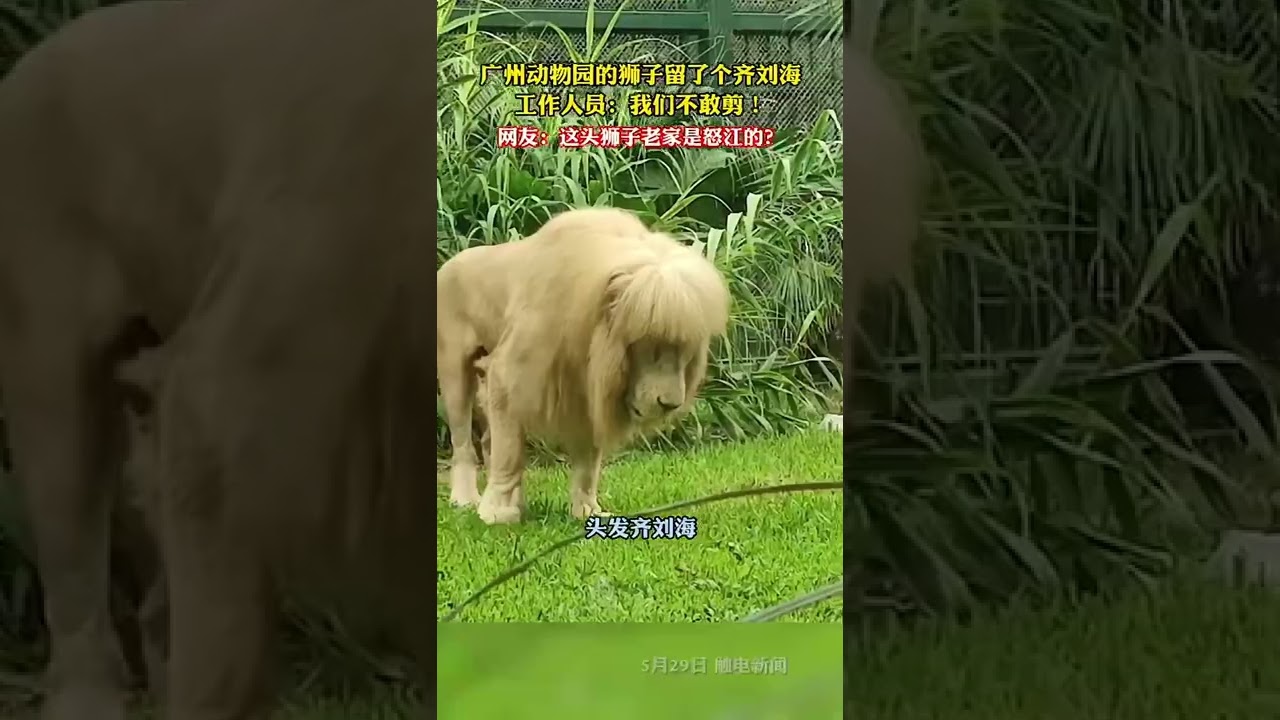 Pictures of the male lion in his quirky hairdo at China’s Guangzhou Zoo went viral after they were posted to Chinese social media. Hanghang has become a top trend

Last week, a visitor to the zoo had snapped the pictures, and originally posted them to her Little Red Book (Xiaohongshu) page. The photos have since been reshared widely online.

“I’m dying from laughter over the lion from Guangzhou Zoo. Who cut his hair!!!” the photos were captioned.

After the pictures went viral, zoo authorities were prompted to deny allegations that they had given the lion the unusual haircut.

“We would never dare to cut his hair”, a zoo worker, according to multiple reports. “The lion’s hairstyle will change eventually,” they said.

The worker said Hanghang’s hair grows naturally and is brushed with the help of the wind. They added the reason for the blunt bang is that the humidity in Guangzhou is high that his hair was drooping.

“There is no hairdressing program at the zoo, and we dare not cut a lion’s hair. You can say that he has ‘designed’ the hairstyle himself,” the staff member explained.

Guangzhou Zoo denied allegations that they gave a male lion an unusual haircut.