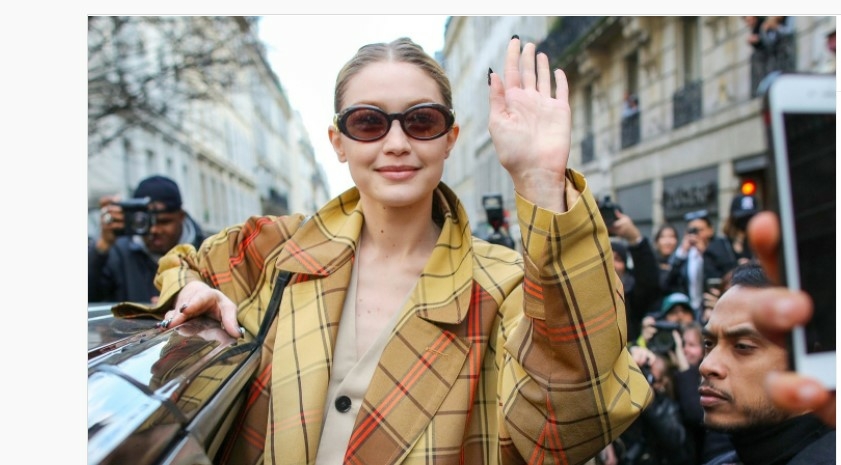 Social media users are calling out Vogue’ for removing Palestine’ from the post of supermodel Gigi Hadid.

“We don’t have control over most of our work schedules, but we would like to walk ‘for’ something. I am pledging to donate my earnings from fall 2022 shows to aid those suffering from the war in Ukraine, as well as continuing to support those experiencing the same in Palestine,” Gigi said in her post.

Vogue in its Instagram post said @GigiHadid announced that she will be donating all of her fashion month earnings towards relief efforts in Ukraine.

“The supermodel is following in the footsteps of her colleague and friend, @micarganaraz, and is using her platform as one of fashion’s leading faces to support victims of Russia’s invasion in Ukraine—and she is not alone. In the midst of fashion month, the industry has attempted to use its platform to support the critical situation in Ukraine by spreading awareness, donating to credible organizations, and sharing critical information within the country and beyond. Tap the link in our bio for more details, and how to get,” the magazine said.

Prominent Palestinian activist, Mohammed El-Kurd spotted the omission and called out Vogue for its duplicity. “Vogue magazine reported that Gigi Hadid is donating her earnings to relief efforts in Ukraine and Palestine. Vogue then removed `Palestine’ from its report following backlash from Zionists, some of whom likened Vogue’s post to ‘calling for a 2nd Holocaust’.” He said.

Gigi, whose father is Nazareth-born, Jordanian-American real estate developer Mohamed Hadid and her sister is fellow supermodel Bella Hadid, took to the photo-sharing site to share that she will donate earnings from her Fall 2022 runway shows to help those suffering from the war in Ukraine.

“Hands off Ukraine. Hands off Palestine. Peace. Peace. Peace.” Vogue uploaded its own Instagram post about Gigi’s decision, which quoted the model’s controversial comparison between Ukrainians and Palestinians.

The magazine removed the comparison hours later, after receiving flak for giving it a greater platform,” she said.