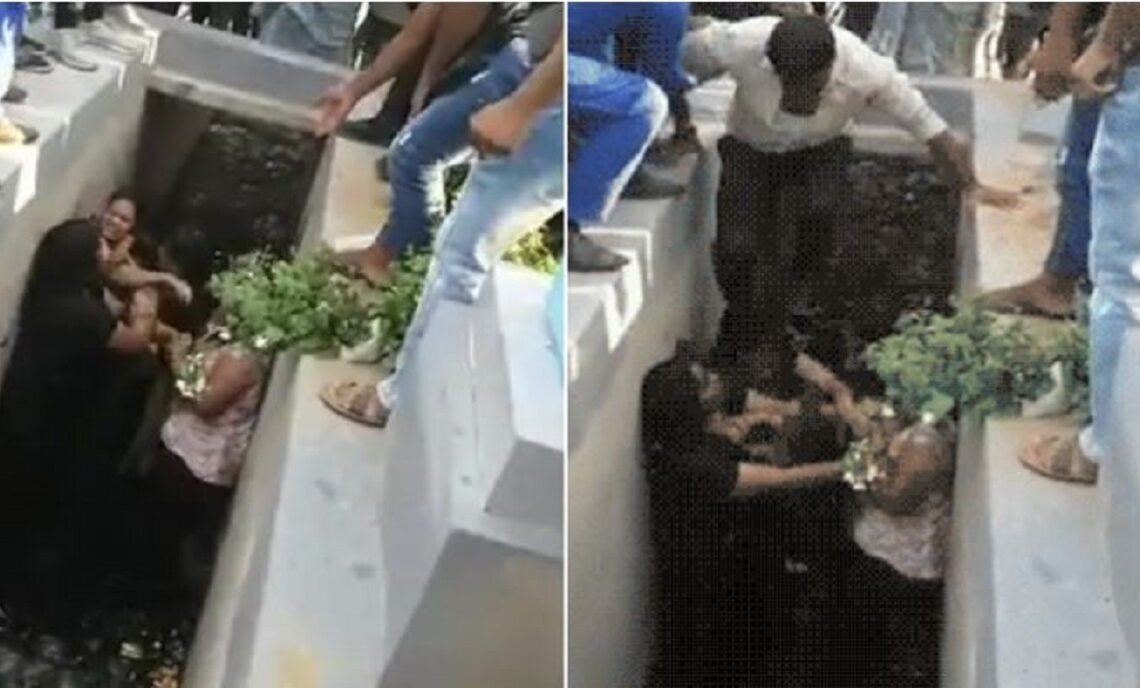 Property feuds can be dangerous and sometimes embarrassing. In one such incident, a crorepati family in Rajasthan took it to the very extreme as the women of the family fought and pulled each others hair in a drain with onlookers witnessing the chaos in the filth.

In a viral video that has emerged from Ajmer, Rajasthan, two sisters-in-law married into the same family were seen fighting with such intensity that they fell into a nearby drain. While the ‘Devrani-Jethani’ kept fighting, other family members tried to join in and a bunch of onlookers tried to intervene. But oblivious to anything around them, the women kept abusing and fighting each other.

As per reports, the incident is from Ajmer’s Beawar where a prominent business family has been facing infighting between two brothers over property issues. On Wednesday 15 June, the wives of the two brothers got into an intense fight. They started pulling each other’s hair, attacking with fists, punches, and kicking.

The women fought with such intensity they fell into a nearby drain. Instead of trying to separate them, their respective family members joined in the fight.

In videos of the incident that have gone viral, a bunch of onlookers are seen gathered around the fighting pit (the drain). While some are busy shooting videos, some are encouraging women.