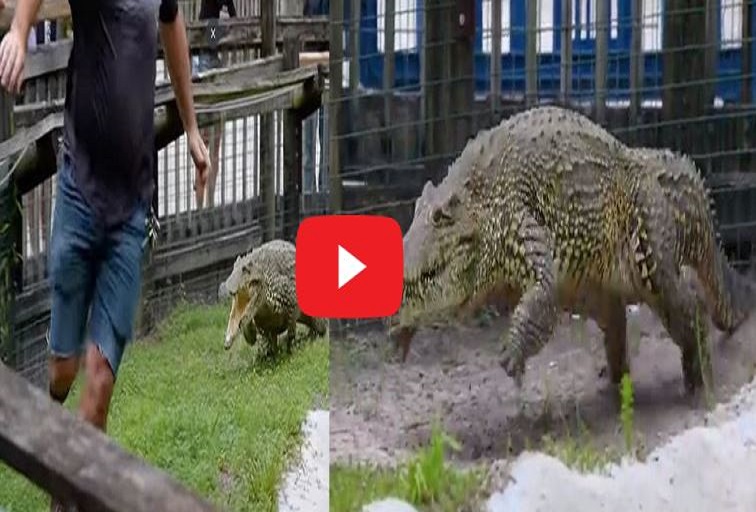 A video has recently surfaced on the internet that breaks the myth and shows how fast crocodiles can be on land as well.

The video uploaded by Gatorland on their Facebook page shows a Cuban Crocodile galloping inside its enclosure and chasing a man down as he runs away.

Cuban Crocodiles are a small to medium size crocodile species endemic to Cuba. Despite their small size they can be very dangerous as they are said to be extremely aggressive. However, the ones raised in captivity can also be taught to perform various tricks, suggesting higher levels of intelligence than seen in other crocodilian species.

The short viral video showing the crocodile galloping towards a man was posted by Gatorland, a theme park in Florida, on their Facebook page on August 18,2022. The video has managed to garner over 1.3 million views, and 8000 likes.

According to the post, the video features a crocodile called Chainsaw. The video was posted with the caption “CHAINSAW IN ACTION Our Amazing Cuban Crocodile‼️