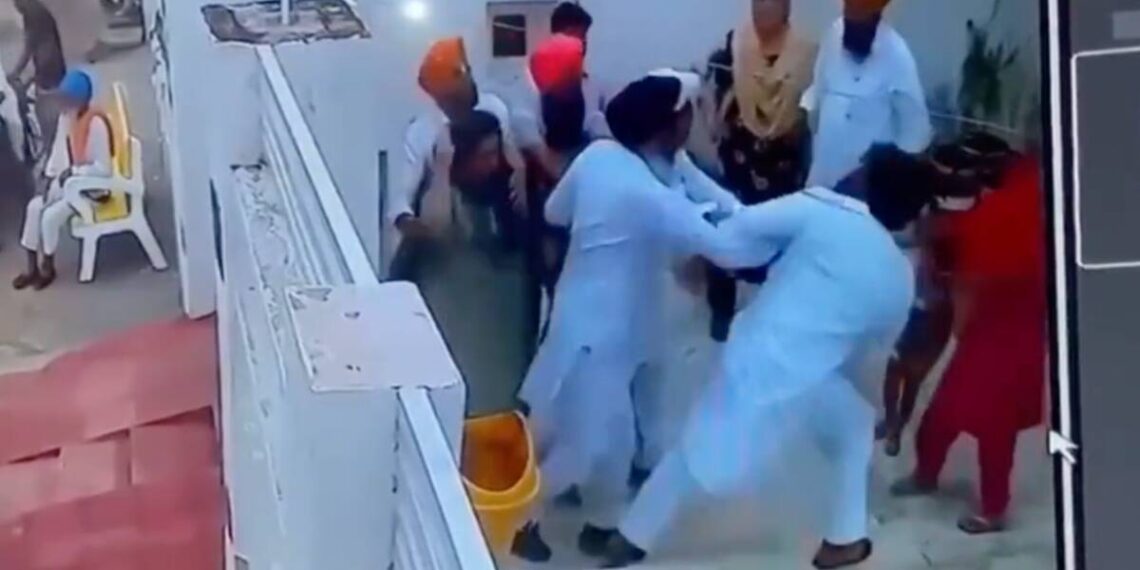 A purported video of AAP MLA Baljinder Kaur being slapped by her husband, who is also a leader of the ruling party, has surfaced on social media.

In the video shot on July 10, the two-time legislator from Talwandi Sabo could be heard arguing with her husband, Sukhraj Singh. Suddenly, Singh gets up and apparently slaps Kaur. Baljinder had got married to Sukhraj Singh, who was then an AAP youth wing leader, in 2019.

Some people standing near the couple then intervene and push Singh away, the video showed.

Kaur could not be reached for comments.

No complaint has been filed by the AAP legislator.

Meanwhile, Punjab State Women’s Commission chairperson Manisha Gulati said she has seen the video and will take suo motu notice of the incident. Kaur got married to Singh, the AAP’s youth wing convener for Majha region, in February 2019.

She did her M.Phil from Punjab University, Patiala, in 2009.

Before foraying into politics, she was a professor of English at Mata Gujri College at Fatehgarh Sahib.