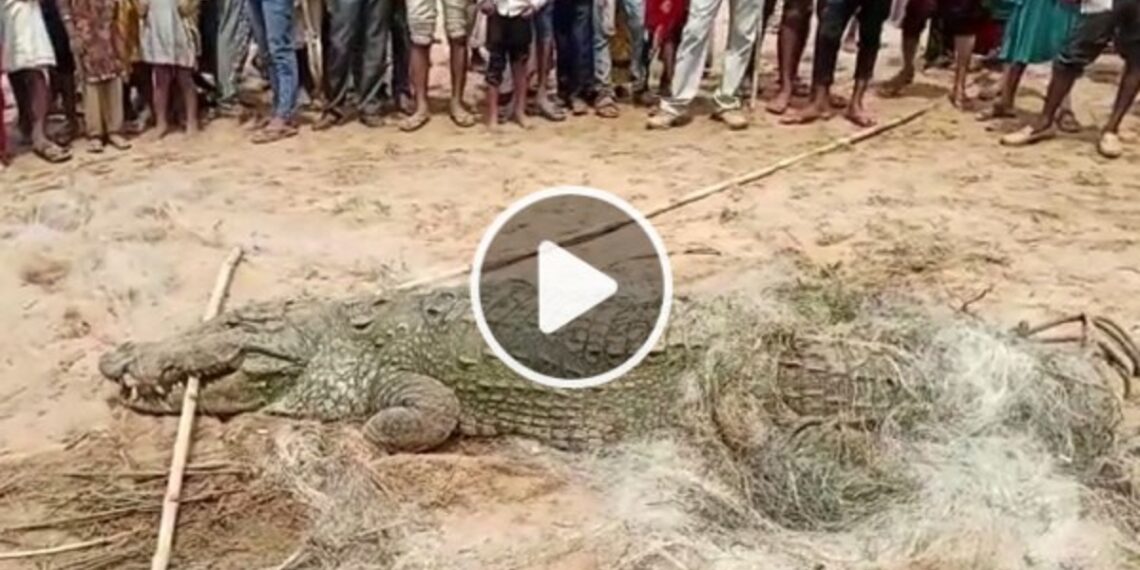 In a bizarre incident, a crocodile was dragged out of a river after it ‘swallowed a boy’. Villagers in Madhya Pradesh’s Sheopur captured the reptile from the Chambal river using a net. They insisted that the child was still alive in its stomach. Some villagers even wanted to slit open the reptile.

Many tried sticking wood in its mouth “so that the child gets oxygen and could survive”.

Authorities had to explain to the villagers that they will not find the child in the crocodile’s stomach. The crocodile was finally let go and it safely floated back into the river. A search for the boy’s body was launched in the river.

Following a search, the boy’s body was fished out of the river on Tuesday morning, and was handed over to his family after post-mortem.