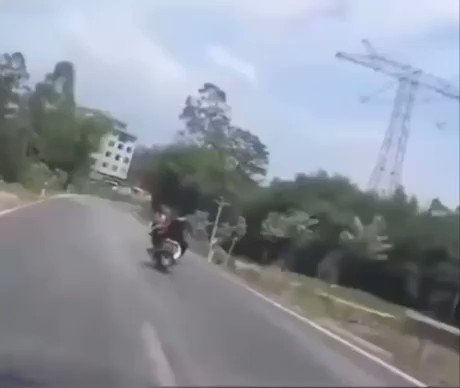 A video of stunt biking going wrong is breaking the internet.

In the video, youth are trying stunt biking when they skid. Though they try to gain a conscience and escape the approaching truck, they are hit by another bike from the opposite side. The two mishaps occurred within nine seconds.

Several youths are seen performing such stunts and making videos of the same and sharing them on different social media platforms.

The video has notched 45.5K views and hundreds of people are commenting on this issue.

“Result of the stupidity of boys and casual attitude towards their life and society as a whole. Goof thing is that their carelessness did not harm or injure any other person,” a user tweeted.

“This is a great effect of perfection, these types of people keep the image of our country at top of the world Bez these types of jokers are available in India only,” said another