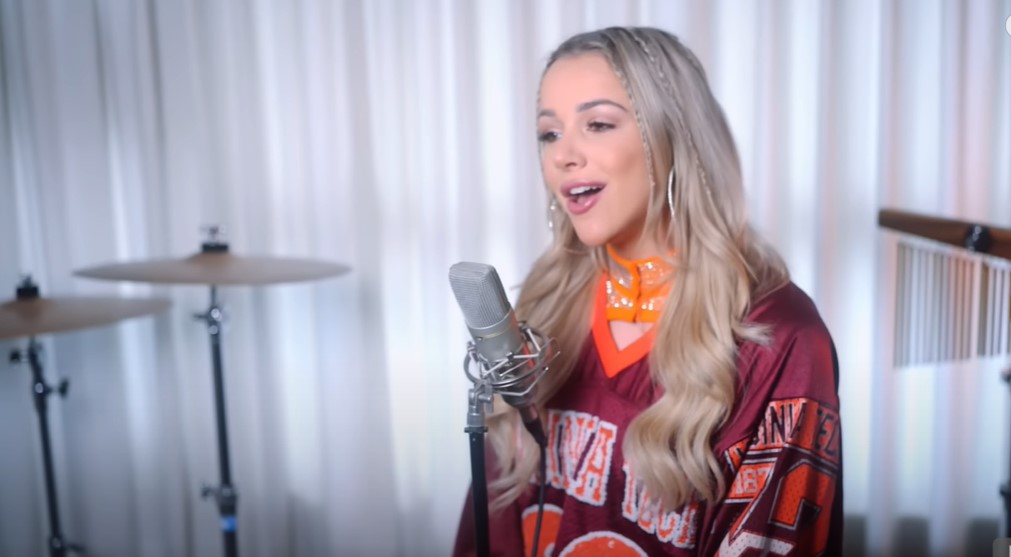 Pasoori song has got an English makeover.

Emma Heesters has come up with the English version of the song. She has fused original lyrics with English using the Pasoort tune.

Ema’s Pasoori has notched more than 5.,4 lakh views. Hundreds of people have liked and commented on the song.

A singer, songwriter, performer, and the most followed musical YouTuber in Holland, Emma started her career uploading cover songs to YouTube and soon earned a devoted following of millions of fans all over the world tuning in to watch her weekly uploads.

According to her website, she collaborated with and supported Boyce Avenue on their European tour, teamed up with Kurt Hugo Schneider several times, performed at VidCon in the US and UK, appeared on Holland’s most viewed TV show ‘Beste Zangers’, and went Platinum with her debut release from the show ‘Pa Olvidarte’ which is now counting at more than 50M streams, having topped the Dutch charts at #2 and remained in the charts for 13 weeks. Ultimately, Emma was named Holland’s first winner of the MTV’s Push Award in November 2019.