Video: Meet US woman who has set a new world record for longest fingernails 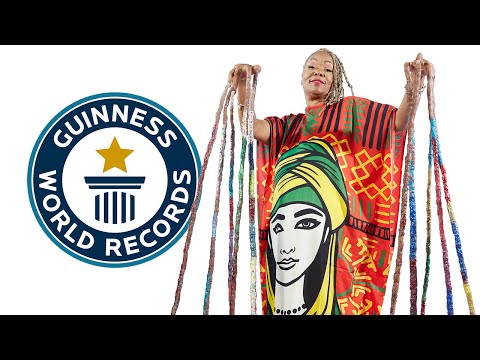 According to Guinness World Record, Diana, who hails from  Minnesota, USA has been growing her fingernails for over 25 years.

Diana last cut her nails in 1997. But shortly after, a tragic accident she vowed to never trim them again.

Diana had started her day as normal, by asking her kids to get out of bed and going off to the grocery store to get food for her family.

But while she was shopping, she received a panicked call from her youngest daughter.   “At the store, my baby daughter called me and told me ‘Ma, Tisha won’t wake up.'”

At just 16 years old, Diana’s daughter, Latisha, had passed away in her sleep from an asthma attack.

“That was the worst day of my life.”

Diana, who has always had longer than average nails, used to have them manicured by Latisha every weekend.

Now that they have reached such extreme lengths, each of Diana’s nails takes between four and five hours to paint.

“I haven’t been to a nail salon in about 22 years. When they see me coming, they’d be like ‘Oh no’,” admitted Diana.

In fact, painting them is such a laborious process that she only has her nails done once every four to five years. The process includes 15 to 20 bottles of nail polish and a woodworking tool for filing.

“Last time I painted my nails was this week and it took four days!”

It’s a challenge for Diana to paint them herself, so she enlists the help of her grandchildren who love adorning her nails with colorful patterns.