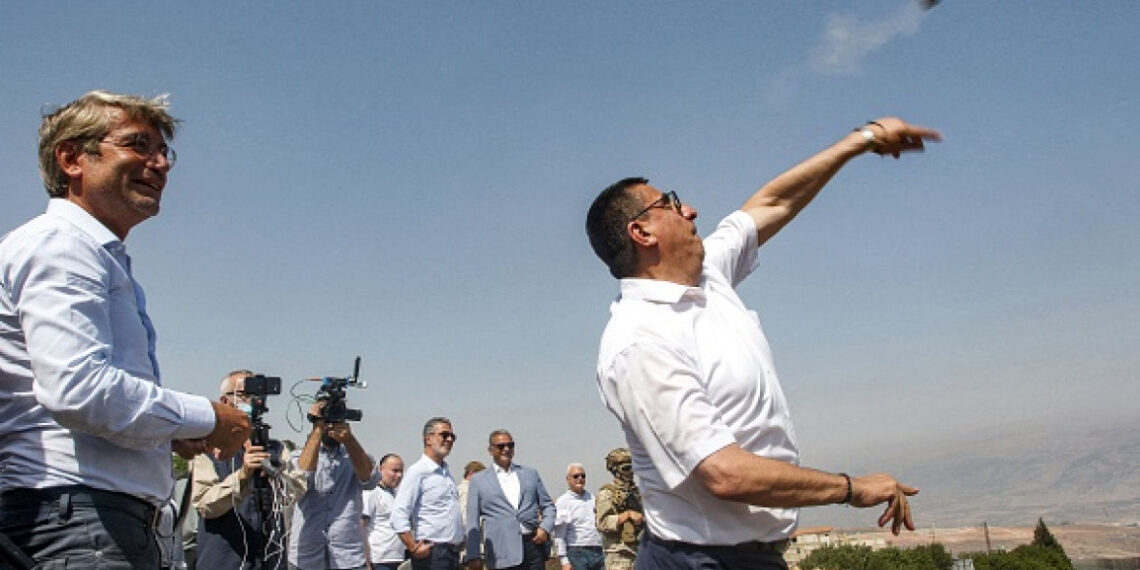 Lebanese ministers were caught pelting stones across Israel during a visit to the southern border.

The ministers were accompanied by several other members of Lebanon’s cabinet.

“Step aside, so I won’t hit your head,” Fayyad replies while lining up to take a shot.

The ministers’ gesture echoed that of the late Palestinian intellectual Edward Said, who threw rocks at an Israeli military post during a visit to southern Lebanon in 2000.

Said later described his actions as a ”symbolic gesture of joy” at the liberation of southern Lebanon from Israeli occupation.

Lebanon and Israel are still technically at war, with tensions flared in recent months over a maritime border. Both Israel and the Lebanese Shia group Hezbollah have threatened military escalation over the dispute.