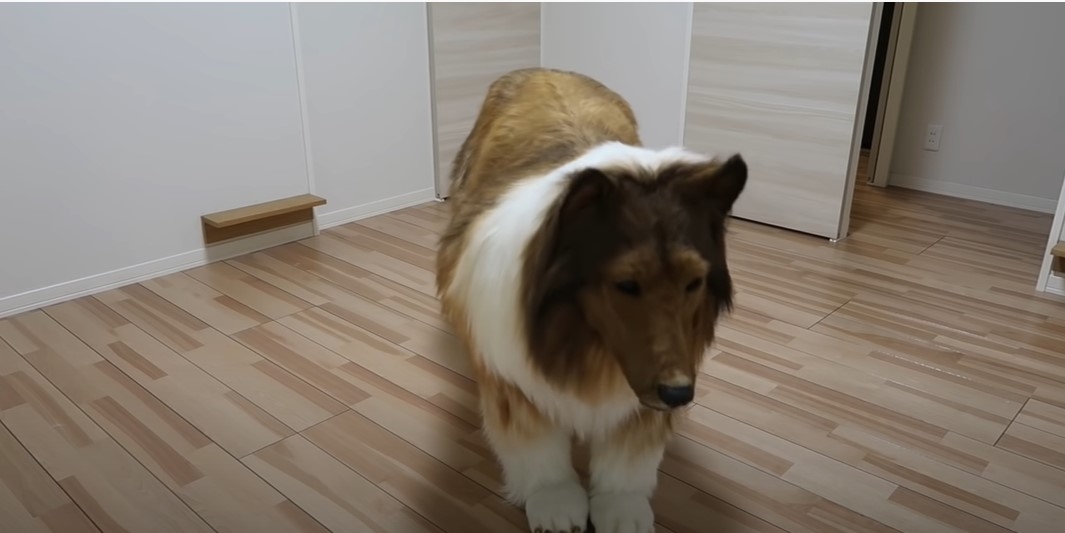 A Japanese man literally lived a dog’s life after his wish of looking like a canine was fulfilled.

According to reports, the man got himself a custom-made dog collie costume, which cost around 2 million Yen (Rs 12.18 lakh) and took 40 days to make.

The photos were shared on Twitter by @toco_eevee. A professional agency called Zeppet helped design the costume and transform the man into a “collie”, a breed of dog, reported WION. The pictures have now gone viral.

Speaking to the news.mynavi, Toco explained why he chose to “become” a collie. “I made it a collie because it looks real when I put it on. My favorites are quadrupedal animals, especially cute ones. Among them, I thought that a big animal would be good, considering that it would be a realistic model, so I decided to go for a dog costume. Long-haired dogs can mislead the human figure. That’s why I chose collie, my favorite breed of dog.”

On being asked if he could move freely in the costume, Toco laughed, “There are restrictions, but you can move it. However, if you move it too much, it will not look like a dog.”