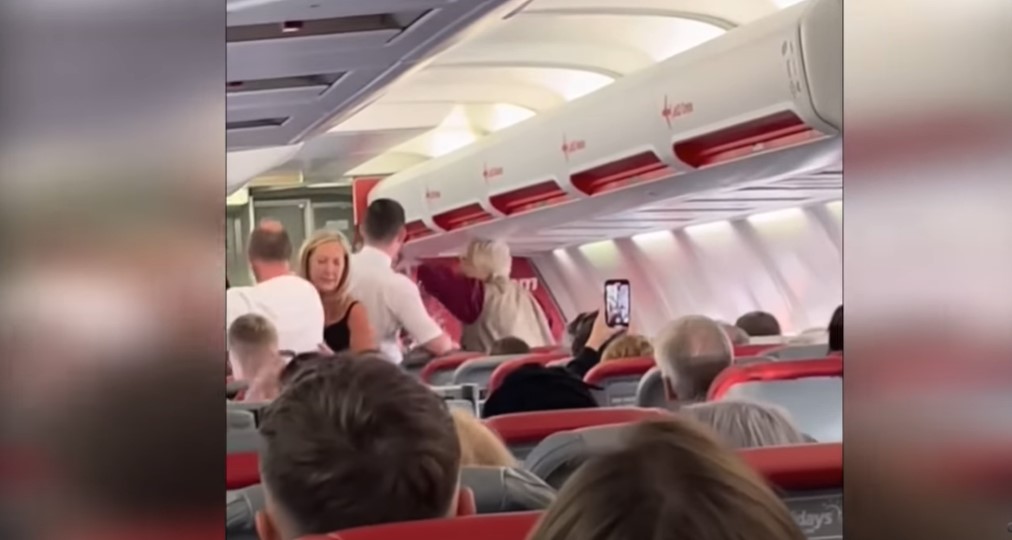 A 70-year-old woman slapped a flight crew mid-air for denying her free drinks.

A video of a woman slapping a flight crew member mid-air has now gone viral. The incident occurred on a British airline Jet2 when it was on a flight from Manchester to Rhodes, Greece as per a report.

After the incident, the pilot was forced to divert the plane to Munich in Germany, where the elderly woman in question was escorted off the plane by nine police officers.

The woman reportedly requested a gin and tonic after being denied the champagne. However, a flight attendant removed the drink after the woman allegedly started acting aggressively.

In the video, the male crew member can be seen bending down to calm down the woman by restraining her without much success. Later on, the woman’s arm can be seen waving above the plane’s seat, trying to reach the attendant.

“We would like to apologize to customers for this unforeseen delay and any inconvenience caused. The health and safety of our colleagues and customers remain our number one priority, and, as a family-friendly airline, we take a zero-tolerance approach to disruptive behavior. We will not hesitate to vigorously pursue any costs incurred as a result of this diversion,” a Jet2 spokesperson said,