Video: Bride turns emotional after brother gifts her wax statue of her father who died of Covid 19 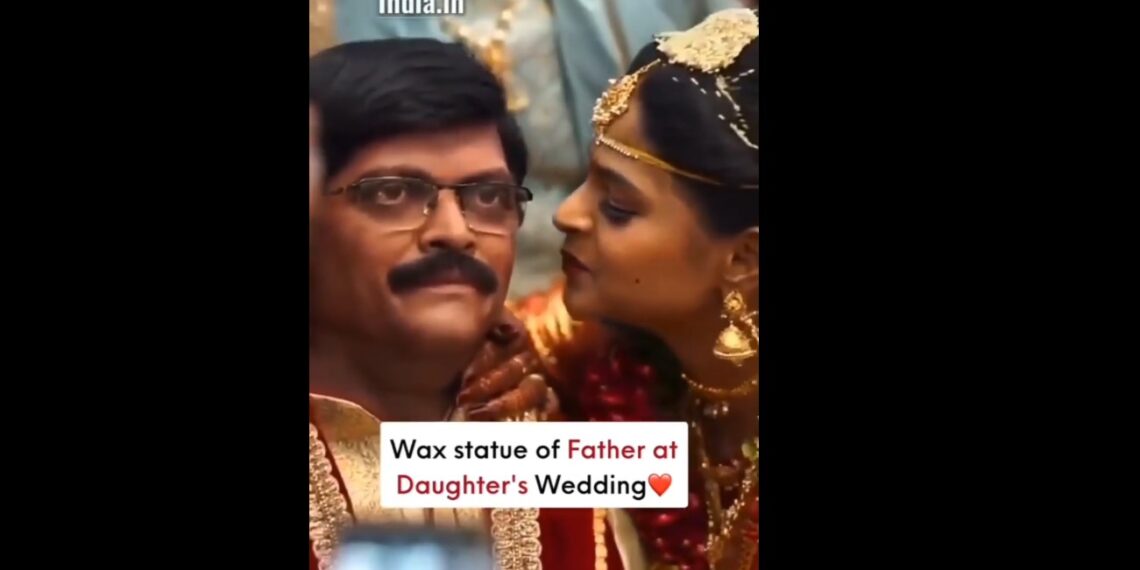 Emotions ran high when a brother gifted a wax statue of his dead father to his sister at her wedding.

Avula Phani, a brother, was the one who planned this incredibly beautiful present for her sister. He gave their late father, Avula Subrahmanyam’s wax figurine as a surprise to his sister. A video of the event has now gone viral.

Along with the bride, everyone can be seen crying as the life-like figurine is wheeled in a wheelchair.

After the bride’s hugging and kissing of her late father’s statue, the bride’s entire family and the wedding guests can be observed including the staute in all of their activities.

They even clicked pictures with him as if he was indeed present there.

The bride’s father died due to Covid-19 complications.

The wax figure was created in Karnataka and took more than a full year to complete, according to Phani, who also revealed that his late parents used to work for Bharat Sanchar Nigam Limited (BSNL)