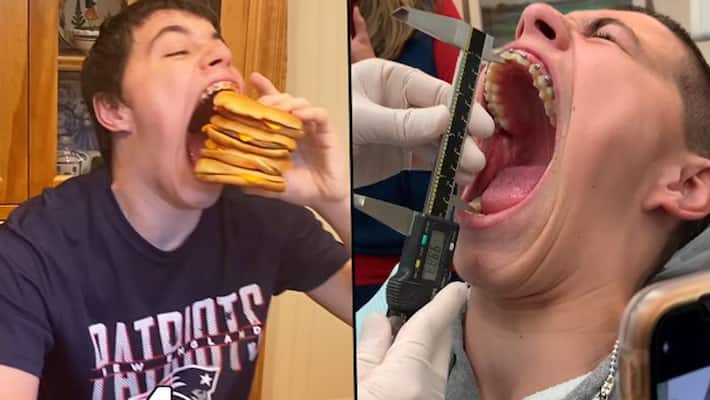 Minnesota: An American teenager has set a new Guinness World Record for the largest mouth gape in the world.

However, Phillip Angus of Pennsylvania outstretched the boy with a mouth gape that measured 3.75 inches.

In 2020, Isaac reclaimed the title when he opened his mouth 4 inches and two years later, went on to break the record a third time on the set of Lo Show dei Record in Milan, Italy with an astonishing mouth gape of 4.014 inches.

“It feels pretty crazy to me because I never thought I’d have one record in the first place, yet I’ve broken the same record three times now so it’s pretty funny and insane,” he told Guinness World Records.

“I have the biggest mouth in the world,” said Isaac, who uses everyday objects that one would consider too wide to go into the mouth to put into perspective just how large he gapes.

A video posted by GWR on Youtube shows the teen opening his jaws like a marine apex predator to demonstrate his Guinness World Record-breaking mouth’s capabilities compared to a jar of Pringles, a can of Coca Cola and four McDonald’s cheeseburgers which he can fit into his mouth wide open.

He had only considered his massive mouth gape to be a cool party gag until one day it occurred to the family that the teen could enter record books.

“In 2015 we realized that it could be a Guinness World Records title, which was pretty crazy to think about because we never thought it would actually lead to anything.”