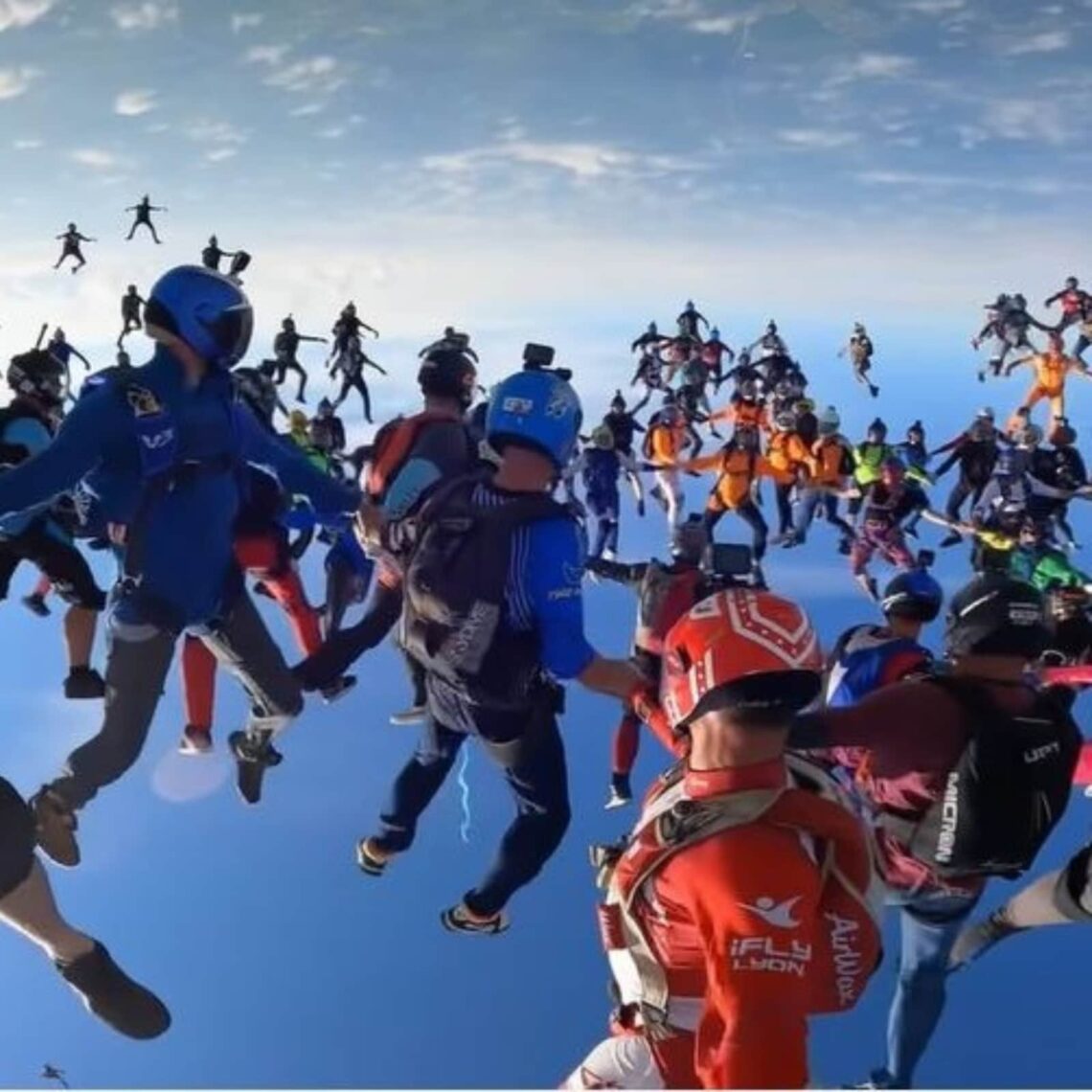 In the video, they can be seen slowly drifting away from each other while attempting to break a world record in the windy city.

For those unversed, the previous world record for a 200-way vertical formation was set in 2015 with 164 skydivers.

Reportedly, the jump was made at a height of 19,000 feet, and the divers had only  60 seconds of working time to break the world record. They were falling at a speed of up to 180 miles per hour.

“I definitely wanna do this,” wrote one user