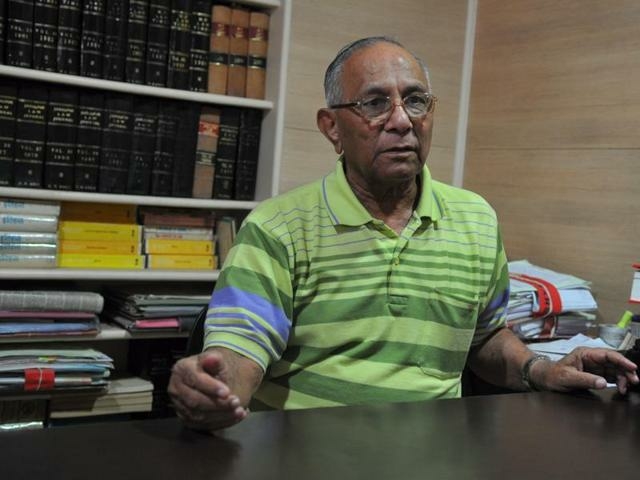 Newly elected Vishwa Hindu Parishad (VHP) chief Vishnu Sadashiv Kokje on Monday visited the make-shift temple of ‘Ram Lalla’ here in Uttar Pradesh and said that the dream of billions for a grand Ram temple here will soon be a reality.

The former judge, who also served as governor of Himachal Pradesh, also offered prayers at the fabled Hanumangarhi temple.

Later in the day, he was scheduled to hold wide-ranging meetings with the temple priests and office bearers of the Ramjanma Bhoomi Nyas, a VHP official said.

Kokje would also visit the ‘Karyasewakpuram’ — the place where stone carvings were underway for the last many years, in anticipation of construction of the Ram temple.

Before leaving for Faizabad, the VHP chief told reporters in Lucknow that many Musli were also in favour of construction of the Ram temple at the disputed site.

He also said that before starting work in his new capacity as the head of the Hindu outfit, he wanted to pay obeisance to ‘Ram Lalla’ and that is why he was visiting Ayodhya.

The 79-year-old leader also said that he would soon be holding deliberations with saints from all across the country and would like to take the Ram temple movement forward.

He also expressed hope that the verdict for Ram temple would soon be pronounced in favour of the Hindu claimants.

Calling for mutual dialogue and understanding to thrash out the problem he, however, rued that the litigants were “outsiders” who had no stakes in the decades-old matter.