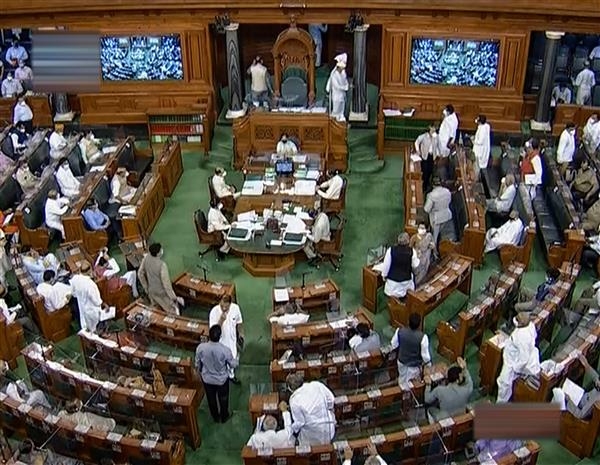 New Delhi: A united opposition on Thursday will target the government in Parliament on the issue of the Pegasus snooping row.

The opposition MPs have moved notices for adjournment motions in both the Houses.

Ahead of the House proceedings, the Congress MPs will meet in Parliament. In the Upper House, the opposition leaders will hold a meeting.

On Wednesday, only the Juvenile Justice Bill could be passed amid the din. The opposition forced repeated adjournments and in the Lok Sabha many opposition members tore off papers.

In the government Business in the Upper House, Finance Minister Nirmala Sitharaman is to move the Bill to amend the Factoring Regulation Act, 2011, as passed by the Lok Sabha for consideration.