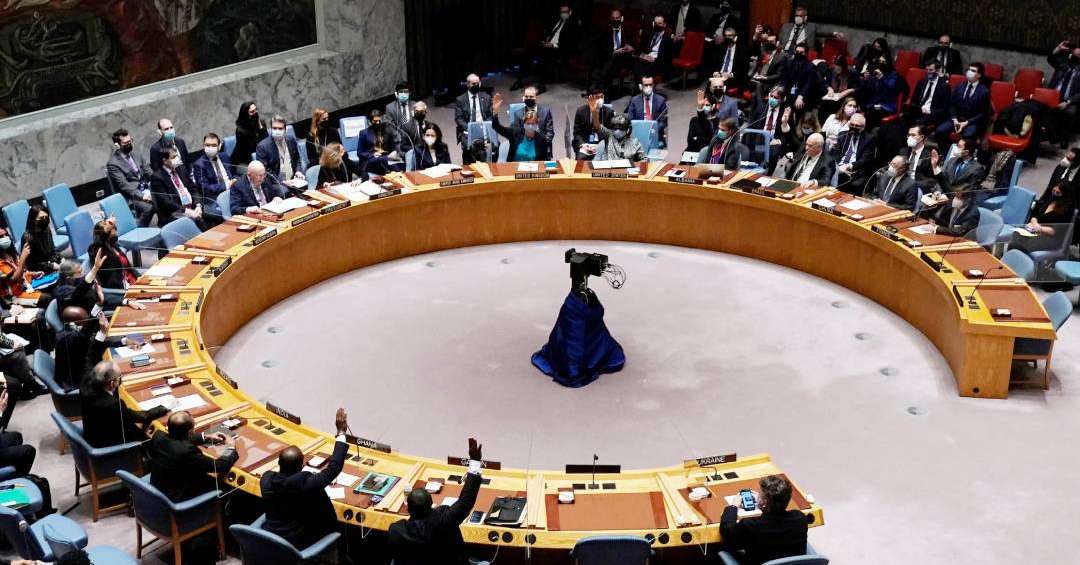 United Nations: America and its allies suffered another setback when  Russia vetoed a UN Security Council resolution that “deplores in the strongest terms” the country’s “aggression” against Ukraine.

Eleven of the council’s 15 members voted for the motion, which was co-written by the United States and Albania. China, India, and the UAE abstained.

The resolution was always doomed to fail because of Moscow’s veto power as a permanent member of the council.

Still, the debate offered the chamber an important opportunity to voice its condemnation of President Vladimir Putin’s decision to launch a full-scale offensive against Russia’s neighbour.

Russia, which currently holds the rotating Security Council presidency, will likely face another vote on a similar resolution before the wider UN General Assembly which could be passed by a substantial margin, although it would be non-binding.

“Make no mistake, Russia is isolated. It has no support for the invasion of Ukraine,” said Britain’s ambassador to the UN, Barbara Woodward.

Before the vote, Thomas-Greenfield described the attack as “so bold, so brazen, that it threatens our international system as we know it.