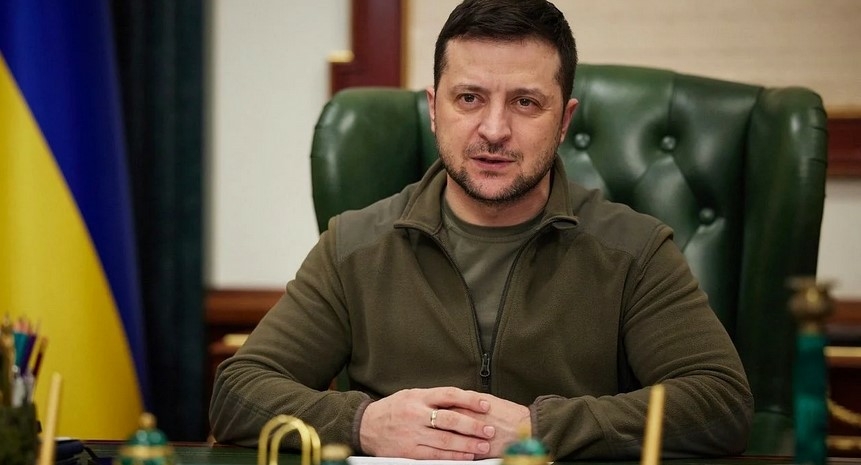 Left alone, Ukrainian President Volodymyr Zelenskyy said his country is no more interested in the membership of NATO.

“I have cooled down regarding this question a long time ago after we understood that … NATO is not prepared to accept Ukraine,” Zelenskyy said in a televised interview. “The alliance is afraid of controversial things, and confrontation with Russia.”

Russia has long been against the idea of Ukraine’s proposed NATO membership.

North Atlantic Treaty Organization (NATO) was formed during the cold-war era in order to check the dominance of the erstwhile Soviet Union in Europe.

However, after the USSR was fragmented, the alliance continued to expand further east to embrace former Soviet domains.

Last month, Ukrainian president Volodymyr Zelensky said Kyiv has been left to fend for itself as NATO is “afraid” to give it any guarantees, RT reported.

“I asked them — are you with us?” Volodymyr Zelensky said. “They answered that they are with us, but they don’t want to take us into the alliance.”

“I’ve asked 27 leaders of Europe if Ukraine will be in NATO, I’ve asked them directly — all are afraid and did not respond.”

Accusing the West of leaving Ukraine to face Moscow alone, President Volodymyr Zelensky said on Friday he was not afraid to negotiate an end to the Russian “invasion”, but would need security guarantees to do so.

Speaking in the early hours of the morning from Kyiv, Zelensky said he had reached out to “partners” in the West to tell them that Ukraine’s fate was at stake.

In an address on Friday, Zelensky said he is open to talking about the possibility of a neutral status for Ukraine, but insisted that his country needs third-party guarantees, the report said.

Kremlin spokesman Dmitry Peskov said on Thursday that “neutral status and rejection of hosting (offensive) weapons systems” are Putin’s “red lines” for Ukraine and that the ball was now in Kyiv’s court.