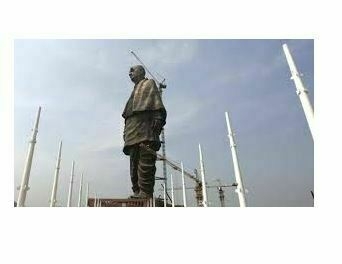 Atal Behari Vajpayee did not quote Sardar Patel in Lahore. Had he done that, his summit with Nawaz Sharif would probably have collapsed before the Kargil stand-off could ruin it. Instead, Vajpayee recited from a poem about neighbours by Sardar Jafri, though he skipped a critical line about the fresh breeze from the Himalayas.

Sardar Patel did not believe Pakistan would last. It’s also true that without his nod, claimed variously to be an eager and a dithering one, Partition would be difficult to imagine. Vajpayee paid a ground breaking visit to the nationally sentimental column in Lahore that would dispute Patel’s prediction of an inbuilt implosion.

According to a version in the Times of India the other day, Patel accepted the idea of Pakistan after a frustrating experiment with the Muslim League in 1946. The viceroy’s cabinet involved the League and the Congress. Patel was home minister and Liaquat Ali Khan had finance, with Jawaharlal Nehru as prime minister. Sardar soon learnt how he couldn’t get “even a peon hired” without Khan’s signature.

The decision to dissociate with the League, however, was significantly spurred by Hindu industrialists from his native Gujarat. They were riled, Swaminathan Aiyar wrote in the Times, by Khan’s “socialist” budget proposals, which, they informed Patel, augured poorly for their future. Reasonably good research exists about the Muslim bourgeoisie anchoring the League, but the role of Hindu businessmen in driving the Congress away from the League is perhaps less discussed. Notably, Khan’s tax burden on the industry was shared equally by Muslim and Parsi businesses too.

My early impression of Patel came from the widespread view that he was a Hindu bigot, a fact supposedly at the heart of his rivalry with the avowedly secular Nehru. A sliver of that misgiving was put to rest in Pakistan of all the places by an uncle who said he owed his life to Patel.

Abid Bhai was a student in Agra when Gandhi was assassinated. He described to me the misgivings his Hindu and Sikh fellow students masked in their whispers about him while some others stood resolutely by his side. Patel’s announcement on the radio that a Hindu Brahmin had killed Gandhi saved many lives.

Patel’s radio announcement was a blessing also for Sardar Jafri. He would not be married to his Lucknow University sweetheart Sultana, at least not on the day they did marry in Bombay, but for Patel’s broadcast. I read an interview with Sultana Jafri though with a pinch of salt.

“On January 30, 1948 [the day Gandhi was murdered] Sardar and I rode the local bus and went to the office of registrar of marriages,” she says. “Sardar the bridegroom had three rupees in his pocket. Krishen Chander, K.A. Abbas and Ismat Chughtai were witness to our civil marriage. Later, Ismat celebrated the occasion and took us out for ice cream.”

Remember, Gandhi was killed at his morning prayer in Delhi, and the news spread like wildfire. At least two communist partisans present at Bombay commune for the wedding remembered it was impossible for buses to ply that morning.

“The city had turned into a ghost town, the streets abandoned with not a human in sight,” recalled the late Munish Narain Saxena, a party member.

Even before the terrible news, it was tough for Munish to find a taxi for his friend S.M. Mehdi. A Hindu atheist who spoke Urdu with a flowery Lucknavi accent, Munish had a matching but badly creased sherwani. “We got a Muslim comrade who appeared to be a perfect Hindu to find Mehdi a taxi since the Hindu drivers looked suspiciously at me,” Munish remembered. “When we reached the Victoria Terminus we found all the trains were cancelled, the platforms were deserted. The terrifying news had arrived.”

The two somehow trudged back to safety, and Munish remembered how the comrades at the party office were immediately dispatched to announce on the abandoned roads with chalk that a Hindu killed Gandhi, quoting their bête noir, Patel. It was only when the tension abated that Ismat Chughtai could give the newly married couple and their intellectually towering baaraatis her ice cream treat.

Indira Gandhi’s supporters remember her murder earlier that morning. Rights activists claim the land for Patel’s statue was usurped from local adivasis, and state-owned oil companies reportedly coughed up millions of dollars from their ‘corporate social responsibility’ funds, a portion of which was paid to a Chinese group to burnish the structure. Put it to Modi’s obsession with heights and widths, including his claim to a 56-inch chest, which offers no evidence of an intellectual sinew borrowed from this hero.

In contrast to Modi’s wont, Patel intervened quickly for Muslims when the Babri mosque in Ayodhya first turned into a legal dispute in 1949.

“Such matters can only be resolved peacefully if we take the willing consent of the Muslim community with us,” Patel reminded a revivalist chief minister of Uttar Pradesh. He even ensured, despite stiff opposition from the Hindu right, that Muslims and Christians won their right in the constitution to practise their faith and to propagate it, clearly implying the right to convert.

Which face of Sardar Patel does the statue then represent? Sardar Jafri, his namesake, once responded to Shelley’s Ozymandias, the powerful ruler whose dilapidated statue told a sad story. “Phir koi nahin yeh puchhega/ Sardar kahaan hai mehfil mein…” Jafri wrote, referencing himself as the protagonist. (No one will then ask for Sardar, and the soirées will continue.)